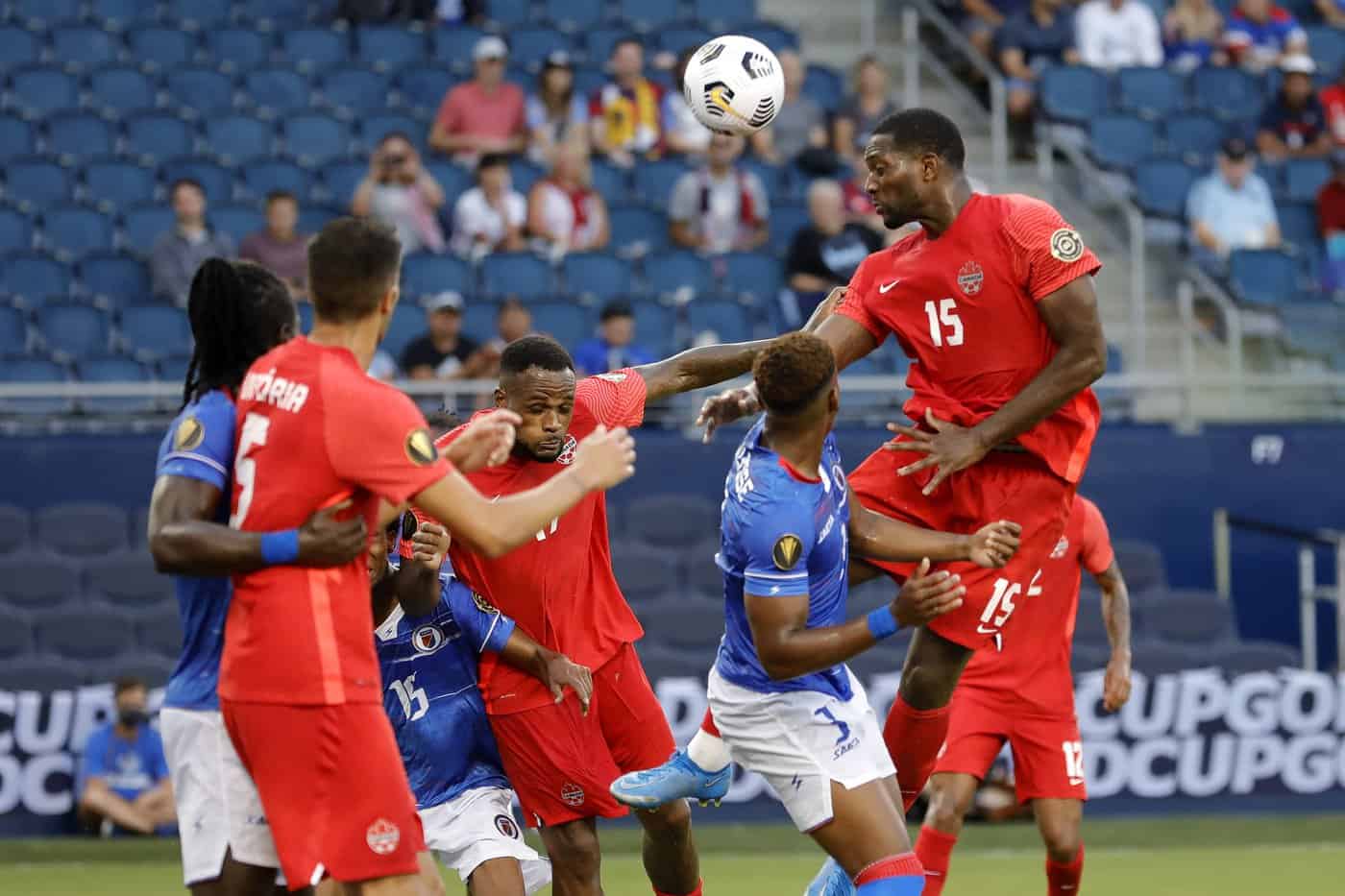 Canada defender Doneil Henry (15) heads the ball on a corner kick during the second half of the team's CONCACAF Gold Cup soccer match against Haiti in Kansas City, Kan., Thursday, July 15, 2021. Henry is going to Qatar but only in a non-playing role after a calf injury suffered in the warmup prior to Friday's 2-2 tie with Bahrain ruled him out of the tournament. THE CANADIAN PRESS/AP-Colin E. Braley

The 29-year-old from Brampton started the season with Los Angeles FC before joining TFC in July after being waived.

Henry has won 44 caps for Canada but missed the World Cup after suffering a calf injury on the eve of the tournament. He was with the Canadian squad in a non-playing role in Qatar.

Seven Brampton players made the cut for Canada’s 2022 FIFA World Cup squad for Canada’s first appearance at the tournament in nearly 40 years. The Canadian team was eliminated from the group stage after winning no matches and scoring a lone goal.