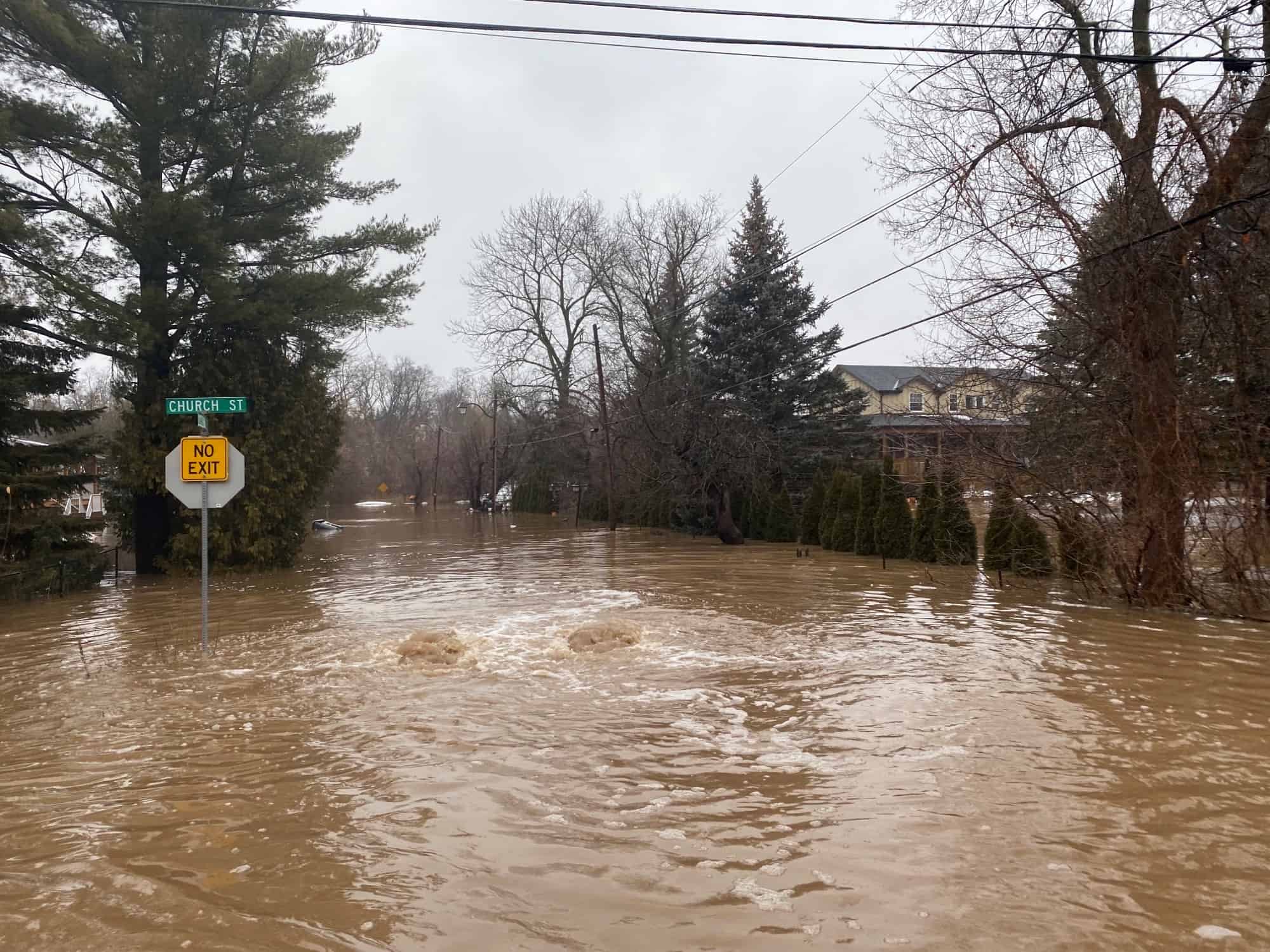 City of Brampton staff say flood damage estimates to city resources are around $1 million and well below qualifying for disaster assistance from Queen’s Park.

The city reached out to the province for emergency relief following flooding in Brampton’s Churchville area last month when warm weather and rain caused ice jams and flooding across the city.

The city reached out to the province for emergency relief following flooding in Brampton’s Churchville area last month when warm weather and rain caused ice jams and flooding across the city.

There were no injuries reported due to the flood, but many homes and city properties were damaged as rising waters reached up to about six feet deep in some areas.

The mayor said last week that he liaised with the province on disaster relief and has repeatedly said damages to city-owned assets could be in excess of “$15 million.”

But city staff and Regional Councillors have said the estimates are closer to $1 million and that Brampton likely won’t qualify for provincial assistance.

“We have a good idea of what the costs of cleanup and repair is going to be for Churchville and in and around $1 million dollars,” Councillor Michael Palleschi said in council last week.

To be eligible for the province’s Municipal Disaster Recovery Assistance program, municipalities must have experienced “a sudden, unexpected and extraordinary natural event” with incremental costs linked to the disaster “at least equal to three per cent of a municipality’s own purpose taxation levy.”

The current $1-million estimate is well below the $15 million threshold for Brampton to qualify for disaster funding, the same number repeatedly offered by Mayor Brown when asked for updated damage estimates.

“I really don’t see at this point the implications from the flooding – whether it’s the roads, the park or even inclusive of the bridge – to really achieve that kind of number,” Mike Parks with Brampton Public Works said.

While Councillor Palleschi said current estimates don’t meet the provincial requirements, he wants the city to “keep our options open” and continue to assess damage to roads and further the Churchville bridge.

Even if the city doesn’t meet the disaster threshold, residents impacted by floods may be able to access funds through the province’s Disaster Recovery Assistance Program.

If activated, the program would give residents 120 days to collect all the costs and submit to the province.

Council said last week that the city was expecting an update from the province in the coming days.