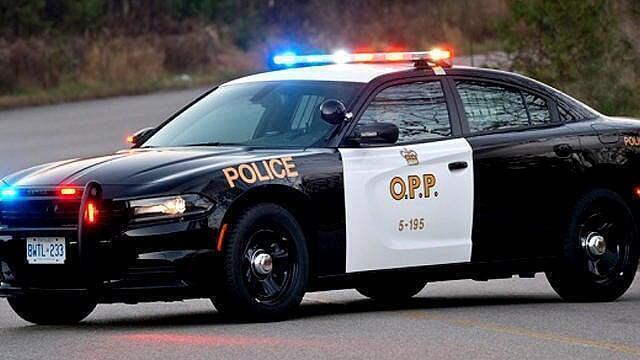 A Brampton driver is facing over half a dozen charges after an alleged run from police and crashing into multiple cop cars north of Barrie.

Police say the vehicle failed to stop for officers and was driving “in an erratic manner.”

Officers set up a spike belt in the southbound lanes of Highway 400 at highway 559 Carling Township in efforts to stop the vehicle.

And while the spike belt was successfully deployed, the driver continued southbound before crashing into three police cruisers before coming to a stop.

Shyheim Spence, 27, of Brampton has been charged with:

The accused is scheduled to appear at the Ontario Court of Justice in Parry Sound on January 5. None of the allegations have been proven in court.

Southbound lanes of Hwy 400 were closed for approximately two hours while officers completed their investigation.