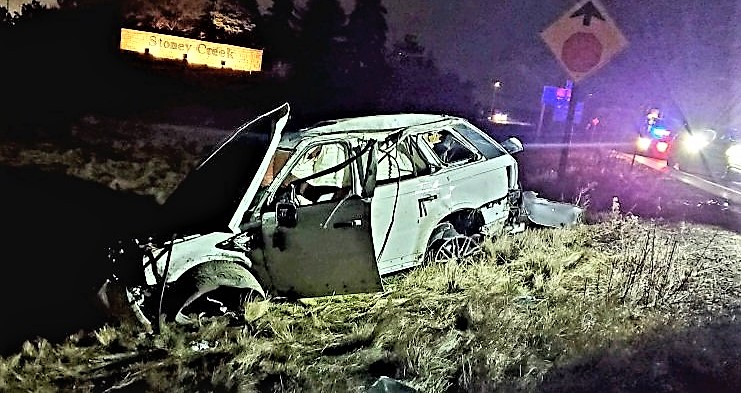 This rollover into the ditch of the Toronto-bound QEW late last night saw the death of the driver, a 24-year-old Brampton man, (Photo: OPP Highway Safety Division)

The OPP have confirmed the driver killed after being ejected in the single vehicle rollover on the Toronto-bound QEW in Stoney Creek was a 24-year-old Brampton man.

A 27 year old passenger was also ejected and taken to hospital in stable condition with non-life-threatening injuries. Two others in the vehicle were not injured, said the OPP.

The rollover shut down all the Toronto-bound lanes for hours late last night (January 1).

Just before 11 pm, the Burlington OPP reported that a speeding driver lost control of his car, resulting in the car flipping over.

The OPP said no other vehicles were involved in the accident.