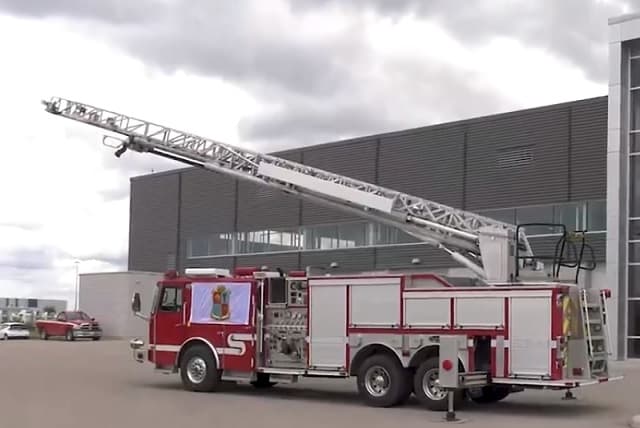 The City of Brampton has bequeathed a fire truck to a First Nation in recognition of National Indigenous Peoples Day.

On Monday, the city announced that a Brampton Fire & Emergency Services (FES) truck with a 75-foot aerial ladder will be repurposed and given to Ebb & Flow First Nation, which is located about 180 km west of Winnipeg. The initiative was created through a partnership with Firefighters Without Borders Canada.

“We have a responsibility to help each other where we can, particularly in the Indigenous community,” Brampton deputy fire chief Kim Kane said. “I can’t tell you what this means to me today.”