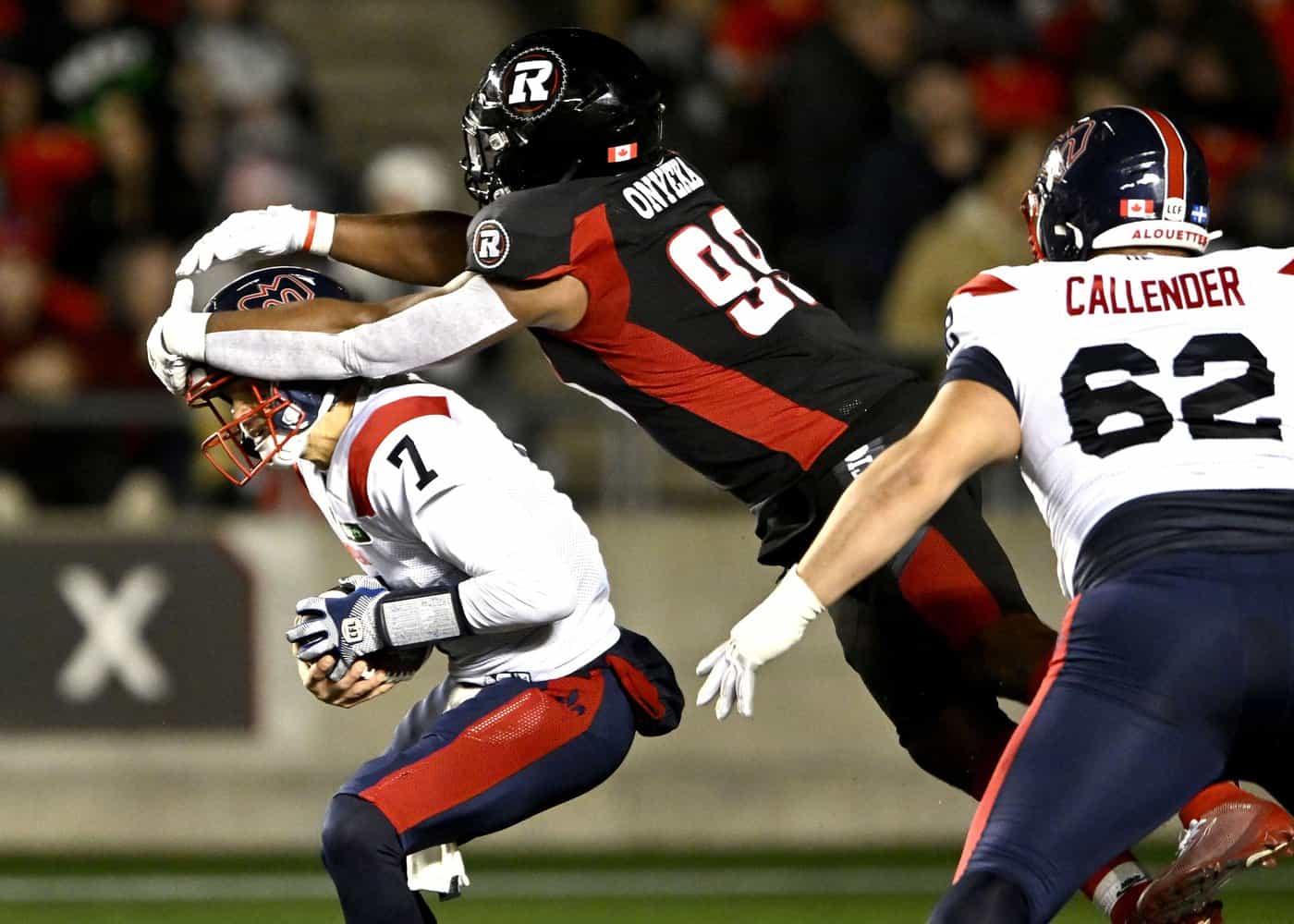 Onyeka agreed to a two-year deal with the Redblacks on Tuesday. The 26-year-old Onyeka is coming off his third CFL season, all with Ottawa.

“I’m very happy to sign on for another two years with the Redblacks,” said Onyeka, who played his collegiate football at Carleton University. “I’m just happy to get to do what I love in a place that I love.”

He appeared in 17 games this year, recording 26 total tackles, five sacks, and a forced fumble.

A native of Lagos, Nigeria, Onyeka grew up in Brampton before being selected in the fourth round, 29th overall by the Redblacks in the 2018 CFL Draft.

This report by The Canadian Press was first published Dec. 20, 2022.