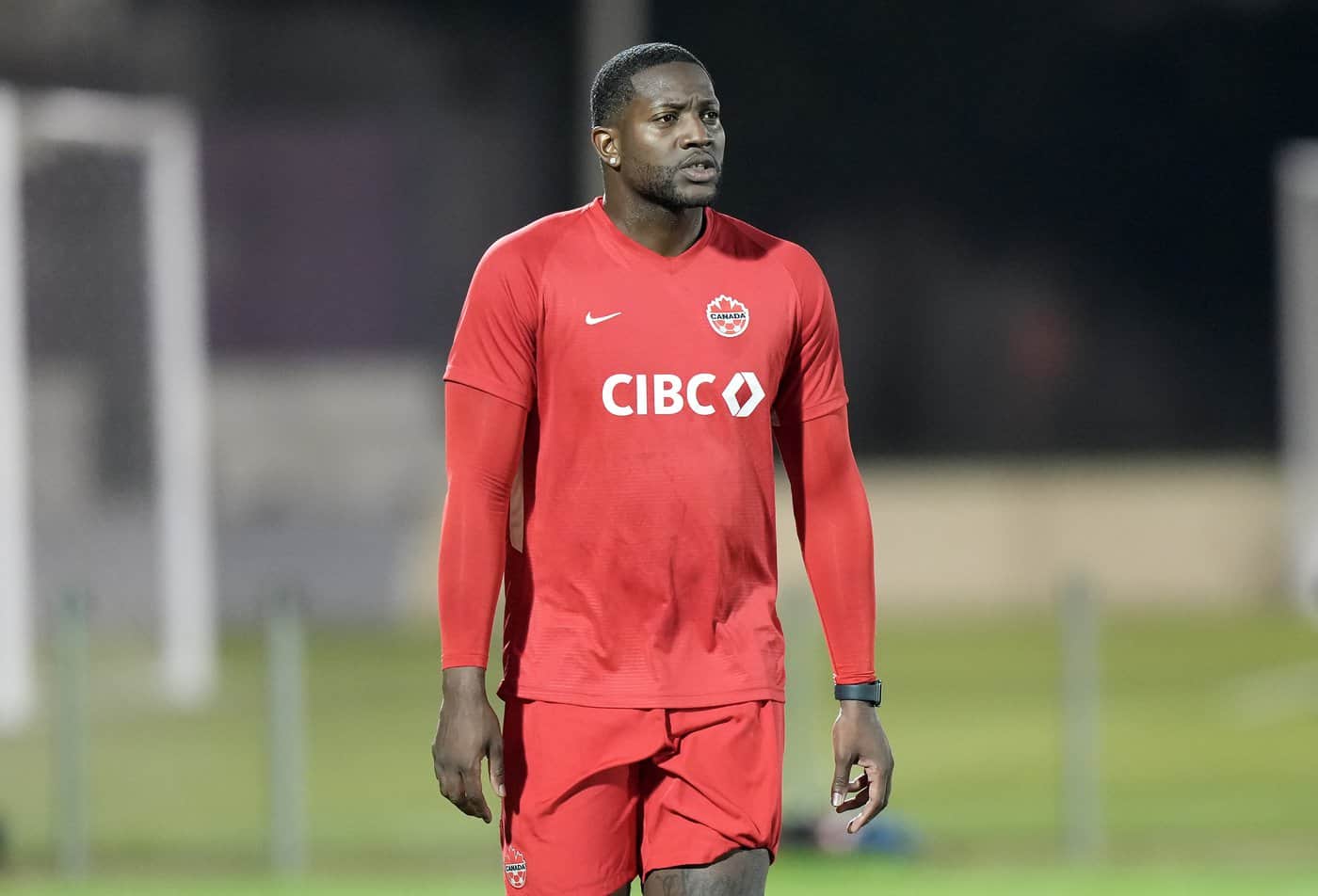 Canada's Doneil Henry, an injured defender who's with the team in a non-playing role, walks during practice at the World Cup in Doha, Qatar on Tuesday, November 29, 2022. THE CANADIAN PRESS/Nathan Denette

Doneil Henry’s World Cup experience has been far different than the one he originally hoped for. But the veteran defender from Brampton is still doing whatever he can for Canada.

Sidelined by a calf injury on the eve of the tournament, Henry is still with the Canadian team but in a non-playing role. He has been doing everything from “a little bit of tactical work on the computers” to taking the emotional pulse of his teammates.

“Just literally being a big brother,” he said in an interview. “Just making sure everybody’s mood is right, making sure the energy within the team (is right) and obviously just pointing (out) defensive stuff that I think we can either work on or rectify, fix for the next game.

“Besides that, I’m just helping out wherever I’m needed. If that means I’m helping with equipment or doing stuff on the technical side. Whatever’s needed, I’ll do it.”

The 29-year-old from Brampton has won 44 caps for Canada and was about to add to that number on Nov. 11 in Manama where he was scheduled to captain Canada for the second time in a pre-tournament friendly against Bahrain two days before coach John Herdman named his 26-man World Cup roster.

But he felt a “sharp pain” in his calf during the pre-game warm-up.

“I tried to stretch it and continue going but it just got worse and worse,” he said.

The initial diagnosis was recovery would take up to 14 days, with Canada’s opening game at the tournament Nov. 23 — 12 days later.

Henry opted to take his name out of World Cup contention, saying it was just the right thing to do.

That sacrifice drew a tribute from Herdman, who said seeing Henry go down was one of the “toughest moments of my career.”

“Doneil put the team first … We could have tried to return him to play and had him later on in the tournament. But he knew it was the right decision to make, to allow another player that had earned that right and that was fully fit to come and take that opportunity,” the coach said at the time. “It was a big moment.

It was not an easy decision to make. But Henry, who is a member of the Canadian team’s leadership group, says Herdman sold him on it in the emotional aftermath of the injury.

His message was simple.

“I can’t make you feel better for what you’re going through but you won’t feel better at home. And your boys need you here. So take the time you need. Figure it out but make sure you’re ready to help the boys,” Henry recalled Herdman telling him.

“The boys have been really good to me,” Henry added. “As much as they could use me, I need them. They’ve made this transition a lot easier for me to handle while here in Qatar.”

At the World Cup, Henry has been living Canada’s games from his perch on the bench.

Seven Brampton players made the cut for Canada’s 2022 FIFA World Cup squad – the first time in nearly 40 years Canada has qualified for the tournament.

Captained by Brampton’s Atiba Hutchinson, more than a quarter of Canada’s 26-man team hail from Brampton and have represented the country when in Qatar. Tajon Buchanan, Cyle Larin, Liam Millar, Ike Ugbo and David “Junior” Hoilett are all from Brampton and make up the majority of forwards on the team, while midfielder Jonathan Osorio rounds out the squad’s Brampton connections.

As for the calf, Henry reports it is improving every day.

“The staff has been amazing in taking the lead and making sure that I get back into a good place, get back into training and to set me up well to where I go next.”

He’s not sure where exactly that will be. Henry is out of contract with Toronto FC, which brought him back in July for a second stint after he was waived by Los Angeles FC.

He has family support in Qatar with his parents and sister on hand as well as his girlfriend.

This report by The Canadian Press was first published Nov. 29, 2022