Brampton Cracking Down on Illegal Signs 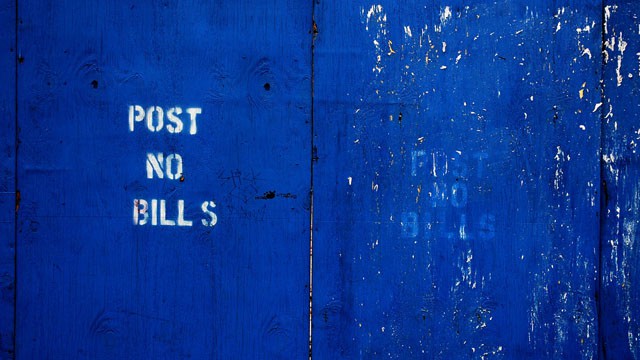 If you want to promote your business with some eye-catching signage, you might face a steep fine.

If you want to promote your business with some eye-catching signage, you might face a steep fine.

“They’re not pretty. They overcrowd boulevards and disfigure light posts and public properties. They are illegal,” reads the city’s dramatic but punchy news release regarding the persistent eyesore that is rampant signage.

According to the city, more than 20,000 illegal lawn signs, stickers and posters were removed by the municipality this year.

The city also issued 420 charges against 48 companies for illegally posting signs. Recently, a company was fined $5,000 for unauthorized signage. In fact, the city collected a whopping $31,875 in fines from myriad offenders for getting a little too excited while promoting their businesses.

While not everyone knows this (or rather, doesn’t really care), Brampton’s sign bylaw prohibits signs on roads, grass boulevards, traffic signals, light posts and other public properties unless the city gives permission.

While it might appear the city is taking a hardline anti-sign stance, it’s pleading with people to advertise more mindfully and follow proper protocol.

Residents who want to advertise their business can do so by obtaining a city permit and renting a sign from a mobile signage provider. People are also free to use portable A-frame signs or banners. Residents who want to promote community events or garage sales can do so legally by using one of the 100 sign sleeves across the city.

For those who do not know, sign sleeves are designated spaces on street lights and traffic poles where temporary signage can be posted. You can find the list of locations here.