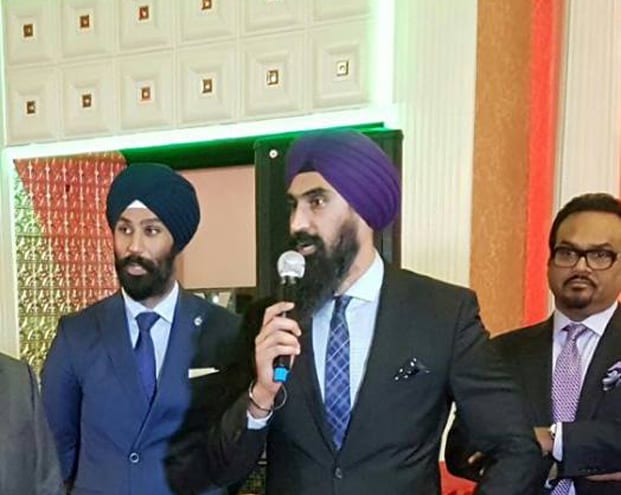 Brampton City Councillor Gurpreet Dhillon was first elected in the 2014 municipal election, achieving the rare feat that is unseating an incumbent councillor.

Brampton City Councillor Gurpreet Dhillon was first elected in the 2014 municipal election, achieving the rare feat that is unseating an incumbent councillor. Dhillon has consistently supported Mayor Linda Jeffrey on initiatives such like the LRT, the new university, and has even acted as her spokesperson on various city matters. Now, Dhillon seems to be changing directions.

After just one term on Brampton City Council, Dhillon announced a slight career change, as he announced at the JotPrakash Gurdwara this past Sunday that he will run for Brampton Regional Council in Wards 9/10 in the 2018 municipal election. Dhillon currently represents those wards, located in the northeastern corner of the city, as City Councillor.

Thanks to the hundreds who packed JotPrakash Gurdwara today as I announced my 2018 candidacy for Regional Councillor in Wards 9/10 #brampoli pic.twitter.com/SyMUCCQmRJ 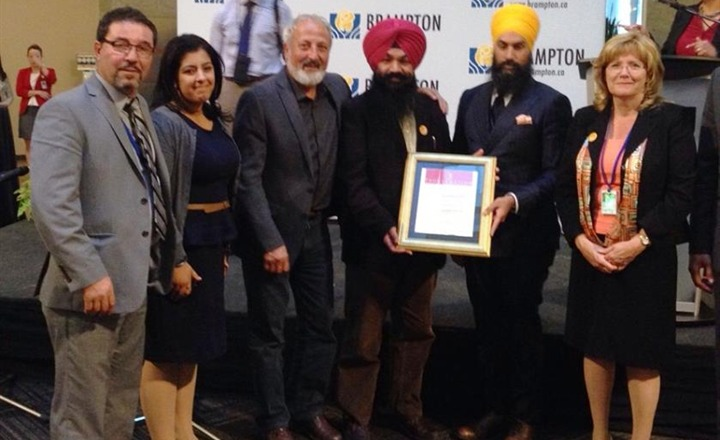 City and Regional Councils handle different municipal services. While Brampton deals with fire services and things like planning and development, the Region of Peel deals with issues pertaining to policing, public health, social housing and water.

At his announcement, Councillor Dhillon touched on the number of things that he accomplished in his time on council, such as sitting on the blue ribbon panel for the university, creating jobs, and educating residents about the workings of municipal government. Dhillon said he was ready to take on new challenges.

There were a number of other politicians in attendance for this announcement, including Mayor Jeffrey, and Dhillon’s fellow councillors Pat Fortini and Martin Medeiros. There were also politicians from the federal and provincial parties, such as Brampton Liberal MPs Raj Grewal, Sonia Sidhu, Ruby Sahota, Kamal Khera, Ontario NDP candidate Sara Singh (bringing greetings from her federal leader Jagmeet Singh) and even some Conservatives like Markham MP Bob Saroya and Ontario PC candidate in Brampton South Prabmeet Sakaria.

Jeffrey spoke of how one in five people in Brampton came from outside of Canada, including herself (Jeffrey immigrated to Canada from Ireland in 1983). The Mayor said that while there have been incremental changes to the composition of council, they have not been reflective of the diverse population in Peel. Jeffrey stated one of her goals was to have a council that looked more like Brampton, as she offered her full support for Dhillon’s Regional Council candidacy.

So, does this mean that we will see a battle of the incumbents, Gurpreet Dhillon and John Sprovieri, for Regional Council?

Unlikely – Sprovieri replied to inbrampton.com in an email saying that his intention was to retire at the end of his term next year, as he has been a City and Regional Councillor since 1988. But Sprovieri did leave the door open to staying on, indicating that the Inzola Lawsuit at the City and the termination of Artificial Water Fluoridation in the Region are two issues that would spur him to consider running in the 2018 election as a City Councillor to make sure that he could see “justice being served on the lawsuit and the continuation of my efforts to end water fluoridation at the Region through the court.”

Councillor Sprovieri has been one of the councillors at the forefront of opposing one of the mayor’s main policy projects since she took her current office in 2014: extending the Hurontario LRT into downtown Brampton, as well as his aforementioned position on water fluoridation. Speaking of water, Sprovieri also found himself in hot water several months ago over some racially insensitive comments he made in an email to a constituent on the eve of Canada Day celebrations.

Gurpreet Dhillon has built up quite the political profile in his east Brampton constituency for some time. He was a provincial NDP candidate for Brampton Springdale in 2014, and he sprung back from that unsuccessful candidacy in the municipal election later that year to unseat an incumbent councillor in a close race. Dhillon is also quite closely aligned with federal NDP leader Jagmeet Singh, and could tap into Singh’s vast network of organizers for his Regional Council run.

As for Sprovieri, he also indicated in his email that he promised his family he would retire in 2018, and, after his 30 years, I wouldn’t be surprised if he finally decided to pack it in. But his indication of possibly switching seats with Dhillon and running for the City Council seat is intriguing to say the least. It is not an unusual move – the late former councillor John Hutton was a long time City Councillor before he tried getting elected to the Region in 2014, losing to current Regional Councillor Mike Palleschi.

Councillor Dhillon’s vacancy in the City Council position would certainly attract a swath of candidates, and if Sprovieri decides to run, incumbency and name recognition would be certain factors in a successful run. But Sprovieri’s level of support dwindled in the last election. He was only re-elected with 29 per cent of the vote in comparison with his closest competitor, who took 27 per cent. Judging from those numbers, the chances of re-election based on incumbency and name recognition may not be as high as they once were.

In the end, Dhillon and Sprovieri (if he is running again) would be running in the same constiutencies but for different roles as they would literally be trading each other’s seats. The first clear difference would be what they would put on their lawn signs: “Elect Gurpreet Dhillon for Regional Council Wards 9/10” and “Re-elect John Sprovieri, City Council Wards 9/10”.

This is one of the first declarations from a member of Brampton council other than Mayor Jeffrey on their election plans and it won’t be the last. We at inbrampton.com will follow up with more updates on which councillors are seeking re-election and if any plan to retire. But for now, it looks like an interesting game of musical chairs between the representatives of Wards 9/10 in Brampton.