Brampton Could be Home to Amazon’s Second North American Headquarters 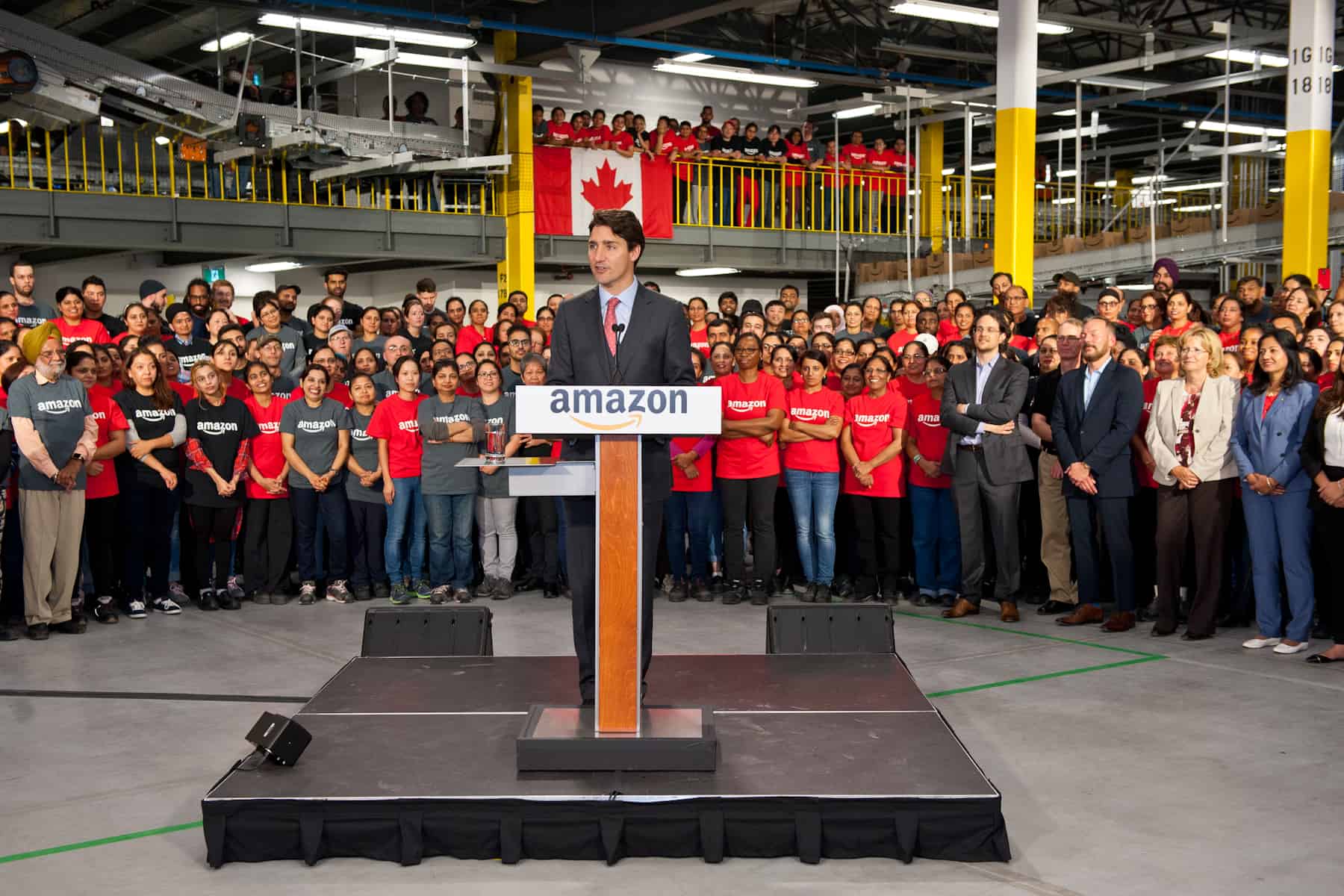 Brampton officially has the opportunity to be home to Amazon’s second headquarters in North America.


Brampton officially has the opportunity to be home to Amazon’s second headquarters in North America. Amazon is locked and loaded with the promise of investing over $5 billion in construction and operation of “Amazon HQ2” and creating 50,000 new jobs for their chosen city.

This is big news for Brampton – we’re a growing Canadian municipality, and we may be able to support the new facility. We already have two Amazon fulfillment centres, after all.

Amazon’s Seattle headquarters will definitely not be a satellite office, the tech giant confirmed in a statement.

“We expect HQ2 to be a full equal to our Seattle headquarters,” said Jeff Bezos, Amazon founder and CEO. “Amazon HQ2 will bring billions of dollars in up-front and ongoing investments, and tens of thousands of high-paying jobs. We’re excited to find a second home.”

“Full equal” is no joke – HQ1 in Seattle is massive. Amazon’s first headquarters boasts 33 buildings, takes up 8.1 million square feet, houses 24 restaurants and cafes, employs over 40,000 people, and has created 53,000 additional jobs across Seattle as a result of their investments, that is, jobs that aren’t even at HQ1 itself.

As for criteria for the lucky city that wins the bid and gets Amazon’s second North American headquarters, Amazon definitely has some preferences.

Several GTA Mayors took to Twitter to express their interest and support of bringing Amazon to Canada, more specifically, in or around Toronto.

Brampton’s Mayor Linda Jeffrey, for instance, took a total of six tweets to express that Brampton is “taking this opportunity very seriously.”

“We are engaged in intense conversations with Toronto Global, our GTA partners and other levels of government,” said Jeffrey via Twitter. “Make no mistake, Brampton is taking this opportunity very seriously. It is our view that only the Toronto Region will be able to meet Amazon’s particular and extensive requirements. Amazon #HQ2 need for talent, labour, quality of life, business culture & access align very well with our regional value proposition. With Council’s recent endorsement in principle of the $150 million university and innovation centre funding & already being home to 2 Amazon fulfillment centres, Brampton is emerging as an attractive player on the Innovation Super Corridor.”

Mississauga’s Mayor Bonnie Crombie was not as enthusiastic via Twitter, however, she did retweet Toronto Global, who said “We’re looking forward to working with our partners to make Canada, Ontario & the #Toronto Region @amazon’s #HQ2.”

Cities across the country also took to Twitter to express their interest, so we know that this is a hot topic with a lot of competition – Montreal Mayor Denis Coderre tweeted that he would convince Amazon that Montreal is Amazon’s “dream metropolis”, Edmonton Mayor Don Iveson talked up the Edmonton Innovation Corridor, and London, Ontario, Mayor Matt Brown noted the affordability of the city, according to The Canadian Press.

This is all well and good, and, clearly, cities across Canada are vying for HQ2 like it’s an attractive bachelor.

As for next steps, Amazon has opened the Amazon HQ2 Request for Proposal, and interested government leaders can learn more here.

It remains to be confirmed whether Brampton will indeed put together a proposal.