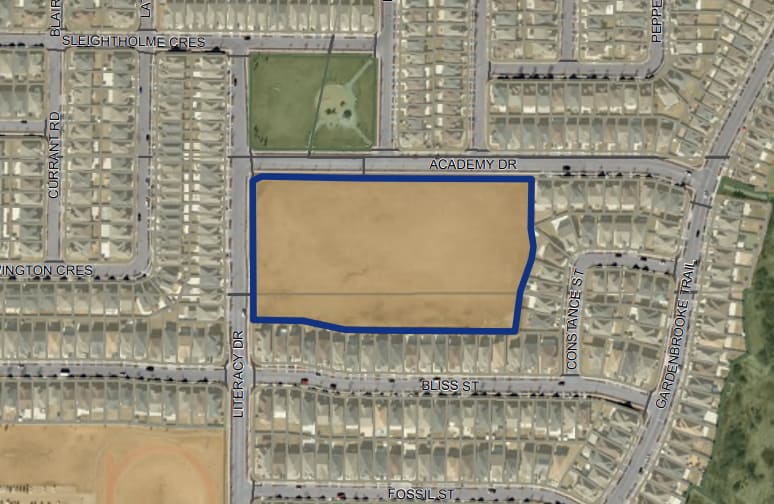 Brampton City Council is considering a new subdivision in the east end of the city.

The area, a lot on the corner of Literacy Drive and Academy Drive, was previously zoned for a school, but neither the Dufferin Peel Catholic School Board nor the Peel District School Board felt a new school in the area was necessary.

As a result, Forestside Estates Inc. is proposing the development of a new subdivision instead.

While the Block Plan was originally designated for a school, an amendment is not required in order to build residences on the lot, as residential development was expected if the site was not used for a school.

The applicant is proposing a new subdivision that would include 51 single-detached homes that would be accessible from both Liberty and Academy.

Currently, the City is collecting and reviewing input from the community, after which a recommendation report will be made and presented to the City’s Planning and Development Committee.