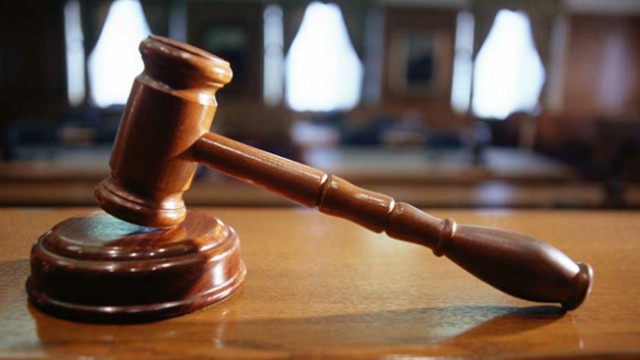 A woman has earned the right to $60,000 in “moral damages” from a Brampton company after being sexually harassed then abruptly fired, Ontario’s Court of Appeal ruled Wednesday.

A woman has earned the right to $60,000 in “moral damages” from a Brampton company after being sexually harassed then abruptly fired, Ontario’s Court of Appeal ruled Wednesday.

Melissa Doyle was dismissed from Zochem Inc., part of Horsehead Holding Corp., the largest producer of high quality zinc oxide in North America, after complaining about persistent sexual harassment in 2011.

The company, located in Brampton since 1974, was fighting $60,000 in moral damages awarded by then-Superior Court Justice John R. Belleghem’s May 2016 ruling.

Doyle was entitled to general damages of 10 months’ salary and $25,000 damages for her sexual harassment claim under the Human Rights Code — these amounts weren’t contested.

But the company was looking to lower moral damages to $20,000, claiming the trial judge “erred in law” in the amount he awarded “because he considered pre and post termination conduct that was irrelevant to the manner of termination, as well as factors that did not breach Zochem’s obligation of good faith in dismissing Doyle.”

This re-examination requested by Zochem, however, “was a continuation of its oppressive conduct towards Doyle,” the Appeal Court ruled, and her additional legal costs of $40,000 must also be covered by the company.

One of 50 employees, Doyle was with Zochem for nine years as a supervisor and health and safety coordinator.

At age 44, she was the only woman working in the plant and was sexually harassed by plant maintenance manager Bill Rogers, who would stare at her breasts, call them “girls,” and act as if he was photographing them, according to court records. In addition, “he kept telling her she needed to get ‘laid,’ or needed ‘a little pounding,’ asking if she was ‘getting any,’ court documents show, and told her to date a guy who had an ‘anaconda’ in his pants.

When Doyle brought up safety concerns at a July 2011 meeting, “Rogers and another co-worker, who were aware that Doyle was to be terminated, felt free to ignore the safety issues she raised and demeaned and belittled her in front of the others. She left the meeting in tears,” court papers read.

Doyle filed a sexual harassment complaint with assistant general manager Stephanie Wrench, who did a “cursory” investigation then fired her nine days later.

Belleghem has since retired, however, in his decision found that Doyle’s gender and her sexual harassment complaint were likely the most significant reasons for losing her job.

Wrench’s dealings with Doyle were “completely disingenuous,” the trial judge wrote; a female human resources consultant conducted the actual termination, telling Doyle that she was being irresponsible because Rogers’ reputation was on the line, and inferring Doyle should abandon her claim of sexual harassment against him.

“This was like rubbing salt into a wound for Doyle. She was being asked to sign off any rights she may have had arising out of her years of harassment, and at the same time, if she chose to do so, add to her pain by doing something to reinstate the reputation of her harasser,” wrote Belleghem.

The trial judge called the investigation of harassment too short, unreasonable, and biased; a ‘tip line’ set up by the employer to deal with sexual harassment was inadequate because it didn’t provide anonymity to Doyle.

In the original 2012 statement of claim, Doyle asked for $800,000 against Zochem and its parent company for general damages, moral damages, damages for retaliatory discharge and intentional infliction of mental distress, breach of contract re failing to provide sick leave and long term disability benefits, aggravated damages and punitive damages and $250,000 against Wrench personally for damages for retaliatory discharge, aggravated damages and punitive damages.