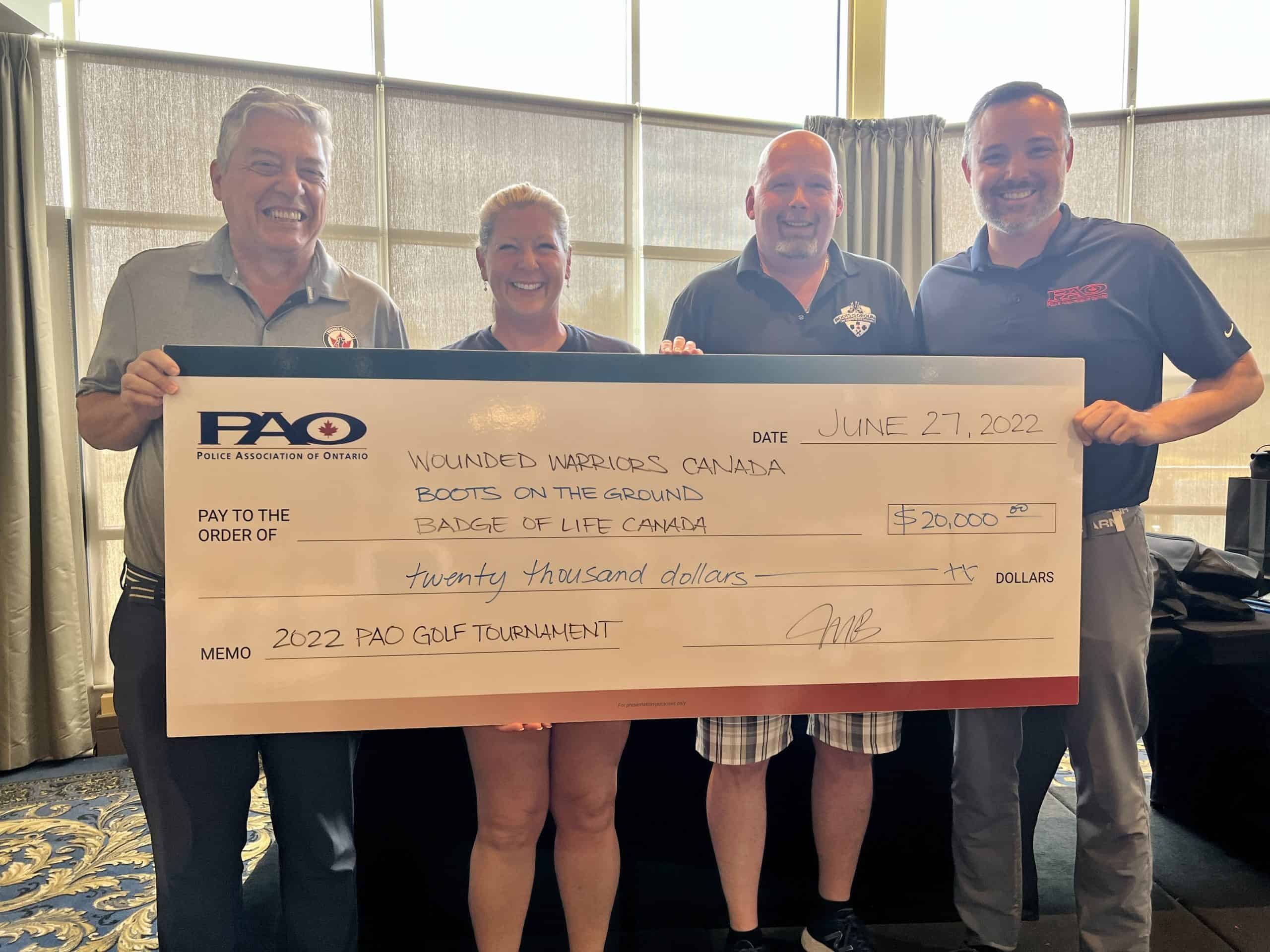 Badge of Life Canada, Boots On The Ground and Wounded Warriors Canada’s PTSD Service Dog Program will each receive $6,666.67, thanks to the support of 124 golfers from member associations across the province.

The tournament was held on Monday (June 27) to coincide with PTSD Awareness Day, which helps raise awareness for the disorder and helps those who suffer move past stigma, isolation and helplessness, and towards resources, understanding and the road to recovery.

“Operational Stress Injuries affect so many first responders, and the PAO has been dedicated to providing our members with access to better resources for their mental health,” said Mark Baxter, President of the PAO. “We specifically wanted to donate the proceeds of our inaugural golf tournament to Badge of Life Canada, Boots On The Ground and Wounded Warriors Canada (PTSD Service Dog Program) because those non-profit organizations have proven to be such vital supports to first responders.”

Boots on the Ground is a group of retired and serving first responders who work together to provide anonymous, caring and compassionate peer support that is available 24/7.

All team members have peer support and suicide prevention training, and President Dave McLennan said the charity was honoured to accept the donation which will help support a PTSD service dog program, peer-to-peer group debrief program and psychologist funding program.