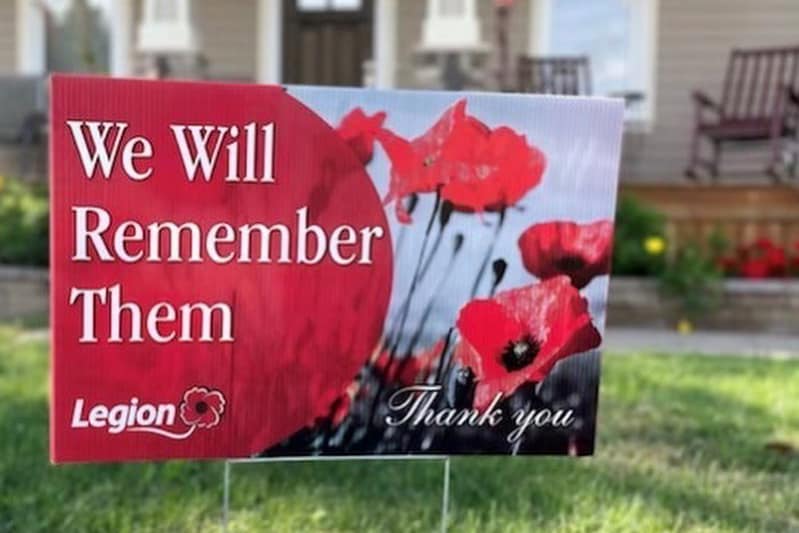 For the first time since the start of the pandemic, the City of Brampton will be celebrating Remembrance Day in person.

On Thursday (November 11), Mayor Patrick Brown and members of City Council will join the Royal Canadian Legion in a procession to lay a wreath on behalf of the entire City of Brampton.

The ceremony will feature a March, Roll, and Fly past as a salute to veterans—Brampton is the only Canadian city outside of Ottawa that conducts all three in the same parade.

Additionally, flags at all City facilities will be flown at half-mast to honour Brampton’s veterans and those who made the ultimate sacrifice, and banners will be hung along Main Street and Queen Street downtown.

The City will also be live-streaming the event starting at 10 a.m., which will include the Moment of Silence and Placing of Wreaths.

Further, veterans will be able to ride on Brampton Transit for free on Remembrance Day by presenting a Medal of service, beret, uniform, and blazer. Veterans can also present their Brampton Transit Veteran’s Pass, which allows veterans to use the transit service for free year-round.

“I encourage everyone to purchase a poppy this year to pay tribute to the brave men and women who have served for our country. On November 11 the City will honour our Veterans of War and those who made the ultimate sacrifice. Lest we forget,” Brown said in a news release.