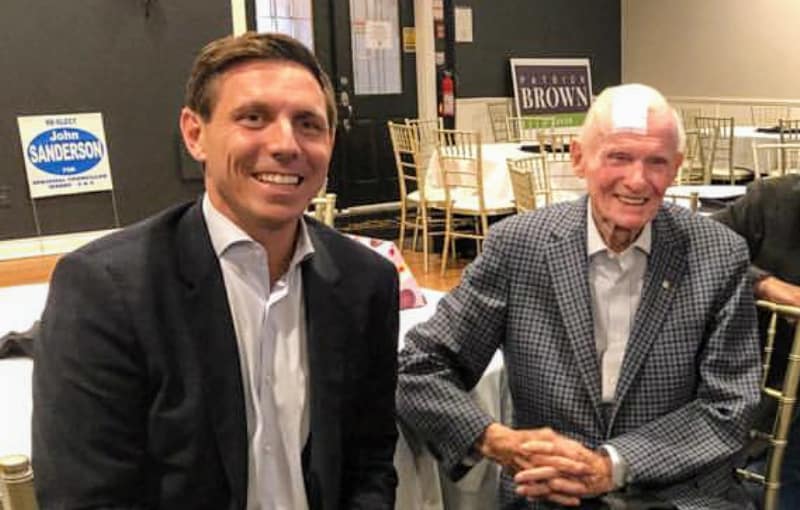 Brampton is honouring the legacy of late premier William G. Davis with a memorial to the man affectionately known as “Brampton Billy.”

First elected as an MPP in 1959 at just 29 years old, Davis spent more than 25 years serving the province including 14 years as premier, representing Brampton, Peel, and North Peel at Queen’s Park.

Davis died at the age of 92 in his Brampton home last August, and the province says it is providing $150,000 in funding to support the City of Brampton in building a memorial to help honour the late premier’s legacy.

The province says a professional artist will be commissioned to create a memorial to Davis in Brampton’s Gage Park later this year.

“Our government is proud to be investing in a memorial to pay tribute to one of Ontario’s most influential and beloved leaders,” said Lisa MacLeod, Minister of Heritage, Sport, Tourism and Culture Industries in a release.

Brampton Mayor Patrick Brown said Davis has a lasting legacy across the province and country for his contributions to the Constitution and Canada’s Charter of Rights and Freedoms, post-secondary education, the environment and so much more.

“He was Brampton’s proudest supporter, and this memorial will ensure that his legacy is preserved for decades to come,” Brown said in a statement.

Members of the Davis family thanked the province and the city for their commitment to honouring the late premier, calling Davis “a proud Bramptonian, whose passion for this city and province is far-reaching and long-lasting.”

In 2000, the A. Grenville and William Davis Courthouse opened on Hurontario Street, named in honour of both Bill Davis and his father.

Even in the last few years of his life, Davis remained active in the community and educational issues.