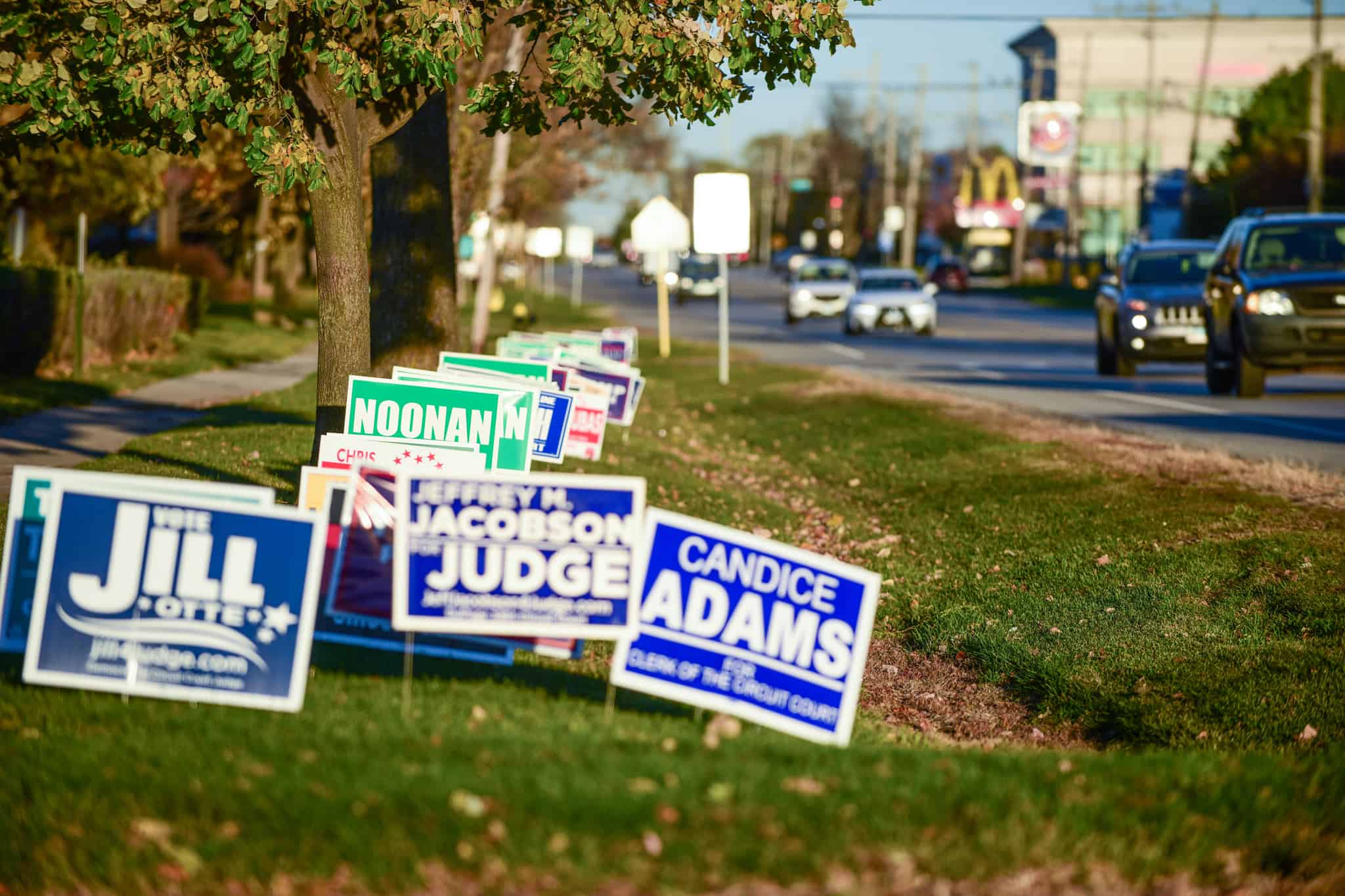 After an unprecedented number of complaints and fines, Brampton has banned election signs on lawns.

The change comes after Brampton bylaw enforcement officers seized nearly 6,400 signs from candidates running in the Oct. 24 municipal election, racking up more than $150,000 in fines. There has been “significant growth” in the number of complaints related to illegal election signs in other past elections, including the 2018 and 2019 provincial and federal elections.

Councillors approved the ban this week, amending the city’s sign bylaw to only permit the election signs in windows or in windows in doors for all future elections.

There will be no signs allowed on any private property, including residential and non-residential lands.

“Over past elections, the City has seen a significant increase of complaints related to illegal election signs, and these signs pose numerous issues related to the environment and the appearance of our community,” said Brampton Mayor Patrick Brown.

“Under the amended Sign By-law, residents will be able to continue to have their voices heard regarding candidates and third parties by displaying election signs in windows, which will help keep our city safe and beautiful.”

The large number of signs poses numerous issues, in particular in relation to traffic hazards and visual clutter.

The enforcement relating to the placement of illegal signage has an impact on municipal resources with the average cost of investigating and prosecuting an illegal municipal election sign being approximately $125 to $130 per sign.

The city is also considering an increase to fines associated with illegal election signs to be decided at a later date.