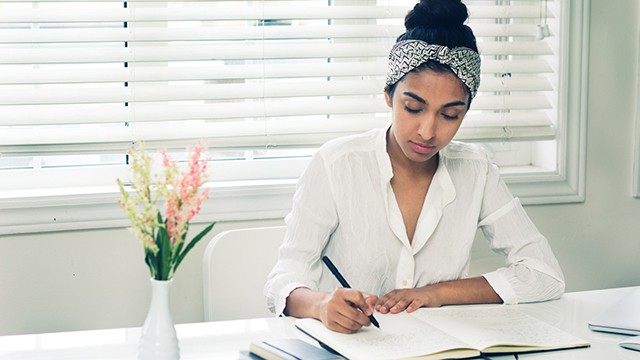 Rupi Kaur, a Brampton-raised author, poet and artist, expressed displeasure on Thursday about one of her books having been banned from some school libraries in Texas.

Kaur’s Milk and Honey, published in 2014, is a collection of poems and passages dealing with themes such as sexual assault and abuse, as well as love, loss, and femininity.

It’s now one of a number of books that are not allowed on some library shelves in Texas due to parental complaints that the book is not appropriate for children.

“Banning books is the banning of culture and experiences for everybody,” Kaur said. “I think about who I was at 21-years-old when I published ‘milk and honey’. Before this book reached your hands and sold millions of copies my proudest memories were and still are young women and men who used this book as a safe haven from their own experiences of sexual assault.”

“It’s sad this safe haven is now restricted from them,” she said.

Kaur’s book is just one of many suffering from a similar fate — according to a recent NBC News article, conservative parents have swarmed school board meetings in Texas and other places in the U.S. to call for the removal of library books that deal with themes such as race, racism, sex, gender, and sexuality.

Milk and Honey is one of 50 books listed that faced calls to be removed from libraries in 2021.

Kaur said she hopes she can continue working with librarians and teachers to find a way to get the book unbanned and back in classrooms.

This isn’t the first time the Brampton artist has made headlines for something deemed controversial — back in 2015, an Instagram photo of her sleeping with a menstrual bloodstain on her pajamas went viral, causing Kaur to later pen an article titled “If the Photo of My Period Made You Uncomfortable, Ask Yourself Why.”

The incident prompted discussions about feminism and biology, with Kaur openly asking women why they “hide their tampons and whisper the word ‘period’ while hurling sexist insults at one another openly.”

Aside from Milk and Honey, Kaur has written and published two other poetry collections: The Sun and Her Flowers in 2017 and Home Body in 2020.

Born in India and raised in Brampton, Kaur has been drawing since the age of five and writing and performing since her teen years.