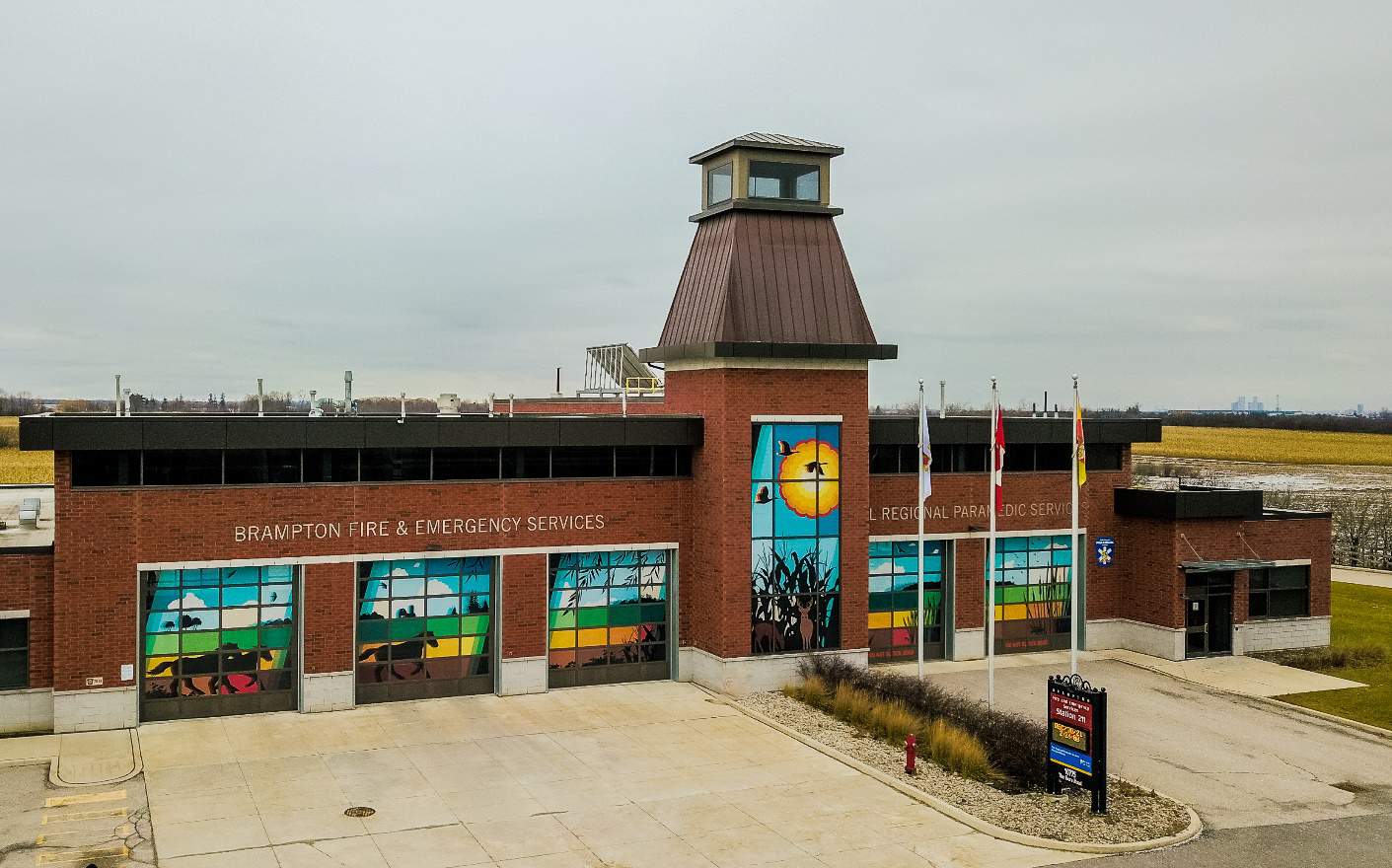 The city has unveiled a new mural at a Brampton Fire and Emergency Services station painted by a born-and-raised Brampton artist.

The mural, which sprawls across the rolling doors of BFES Station 211, was done by Brampton artist and graphic designer Pam Lostracco.

Lostracco said her love for the outdoors has expanded her passion for murals, and the Station 211 project was designed to integrate with the fire hall’s architecture and the natural environment around it.

“This project is extra special to me since Brampton is my hometown where I lived on the border between city and countryside,” Lostracco said.

Inspiration for the piece came when BFES’s Division Chief of Fire described the deer that play in the cornfields behind the station.  Lostracco said she had to integrate the design with the “natural life and open landscape that staff view from those very windows.”

Fire Chief Bill Boyes said he was excited to see the first mural unveiled on Tuesday and hopes it will provide an opportunity to connect and engage with the community.

The mural is part of Brampton’s push for public art projects around the city was made with the assistance of the Sustainable Thinking and Expression on Public Space (STEPS) program.

The city said public art is a key priority of Brampton’s Culture Master Plan and will help facilitate a meaningful exchange between diverse creators and the community.

“Brampton is a mosaic and one that continues to come to life thanks to creative collaborations like this one,” Mayor Patrick Brown said in a statement.

“Brampton Fire and Emergency Services are engrained in our community and it’s so wonderful to see the introduction of public art at their stations to connect with residents even further and make art accessible to all.”

The mural is the third initiative the city has partnered with STEPS on.

In October 2021, a public art pilot project was introduced in downtown Brampton with murals in storefronts and select traffic boxes.