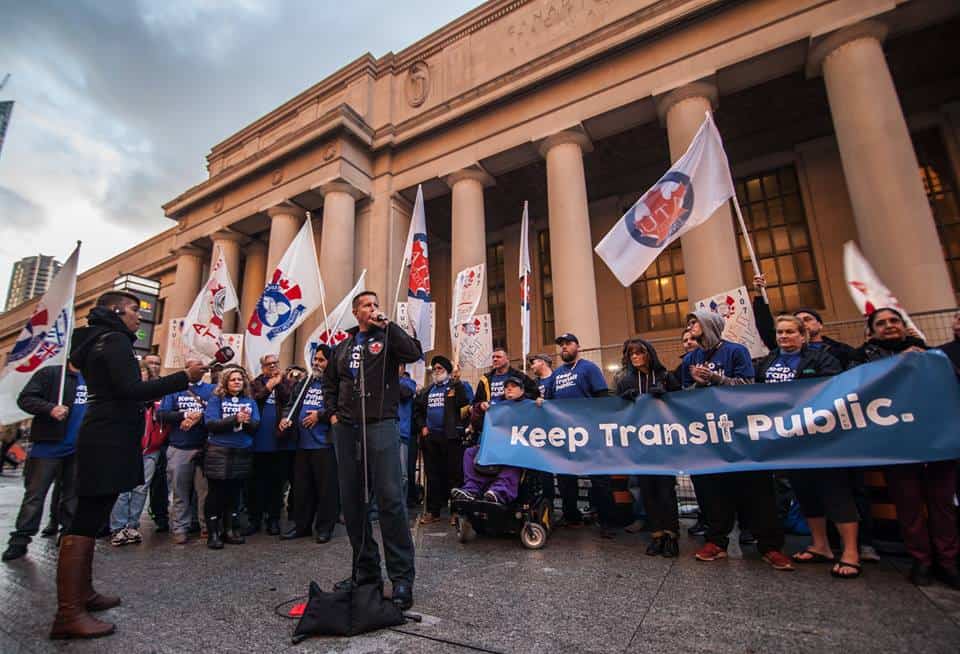 There is a different kind of push-back emerging on the light rail transit file as various cities in the GTA, such as Toronto, Hamilton as well as Mississauga and Brampton continue to or will soon c

There is a different kind of push-back emerging on the light rail transit file as various cities in the GTA, such as Toronto, Hamilton as well as Mississauga and Brampton continue to or will soon commence the building of LRT projects in the next few years. But this fight is not on whether to build new transit or not, but over who should be running it once it is operational. 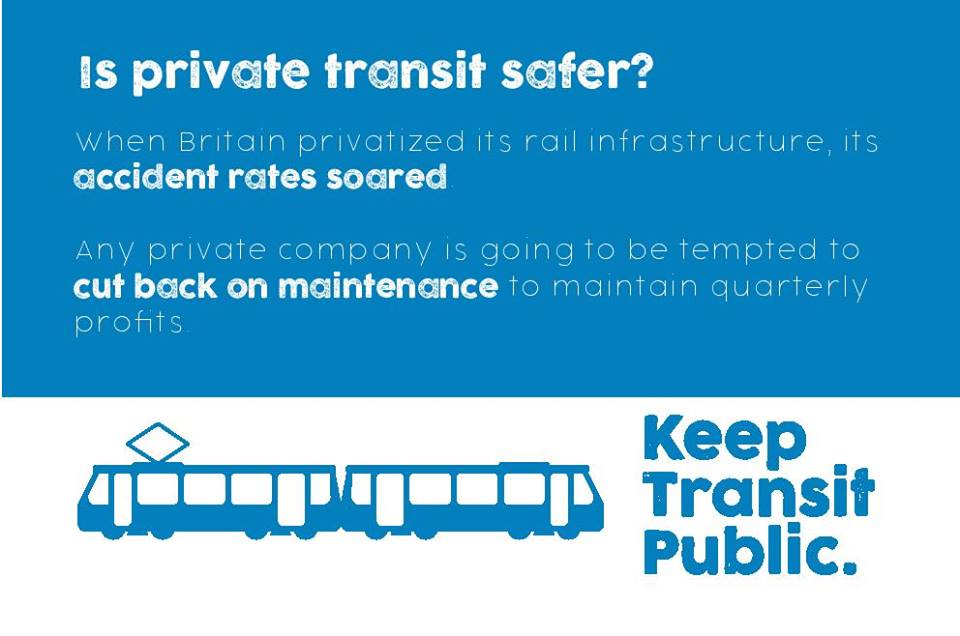 A new campaign called Keep Transit Public, launched by transit operators of the Amalgamated Transit Union (ATU) in the aforementioned cities, is calling on Metrolinx and the provincial government to keep the operations of the incoming transit in the hands of publicly unionized transit workers, and not to give them to private companies.

KTP stresses that while they support and applaud the building much needed public transit, they wanted to remind Metrolinx and the Ontario provincial government on that word “public”. According to them, Metrolinx is only accepting bids from companies that can provide all the components of transit construction and operation.

Those components are what is known as Finance, Design, Build, Operate and Maintain (FDBOM). Because public transit companies, like the ATU, don’t finance, design or build new public transit projects they are ineligible to compete in the tendering process. That means they would be out of the running for the Operation and Maintaining of new transit.

As a result, this means only large groups of private companies can even bid on the projects, and this current procurement process leaves the door open to all new transit in Ontario being completely privatized. That was the point the ATU under the Keep Transit Public campaign wanted to drive home as they had their official launch in front of Union Station last week, after which they began distributing flyers to commuters and people passing by. 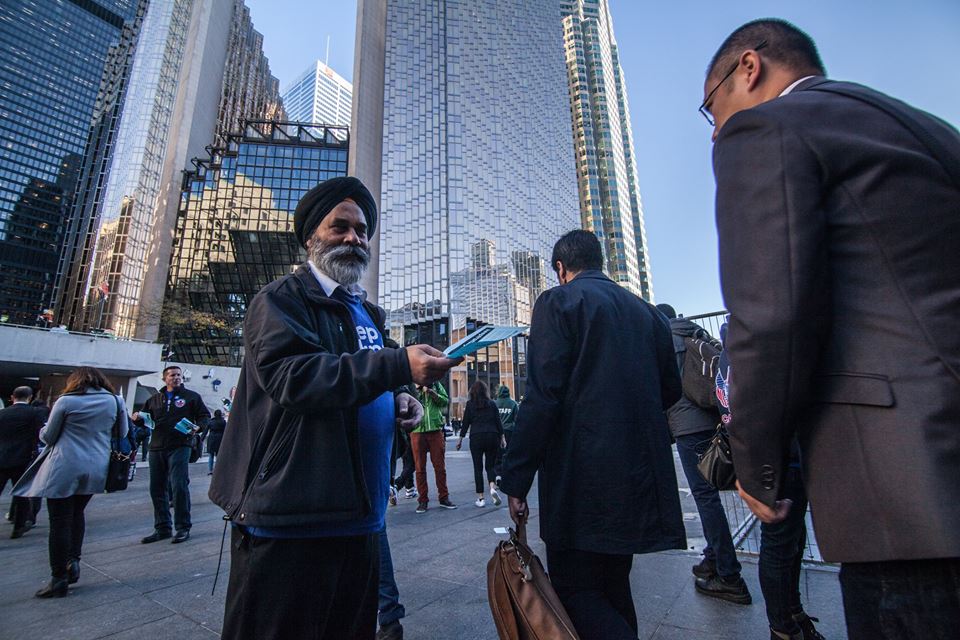 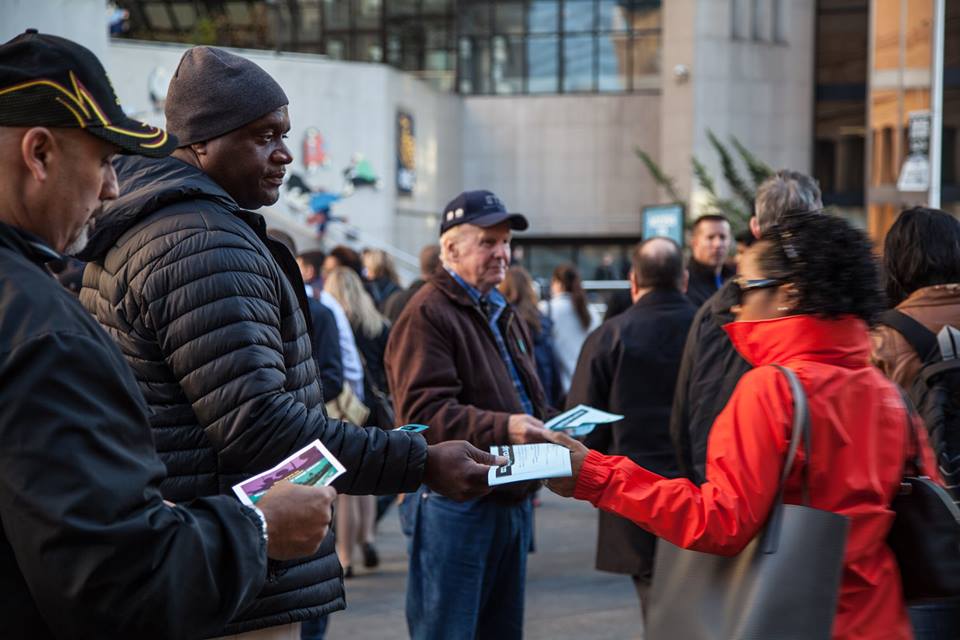 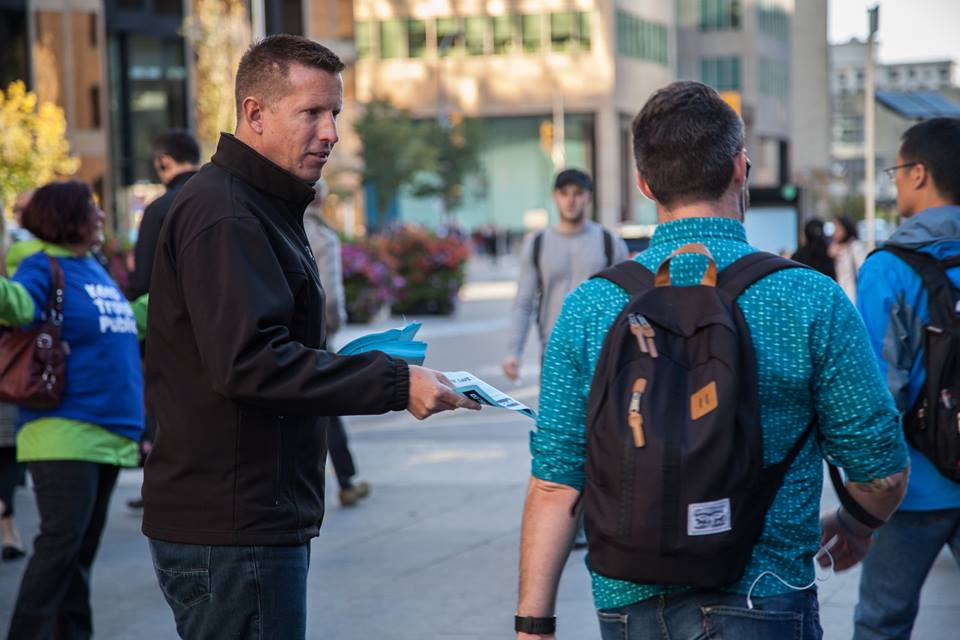 There were ATU members from Brampton and Mississauga who spoke at the rally. Rob Goudie, the President of ATU 1573 Brampton, said Brampton Zum Transit already services the Queen Street corridor with a bus rapid transit system. Goudie said when the LRT comes in, services are going to be cut in other areas.

Jack Jackson, President of ATU 1572 in Mississauga, said they were looking at a $15.7 million reduction in bus operation costs, which will only mean jobs being lost, fares being increased and services being cut. Jackson implored that transit should not to be looked at as a profitable organization, but as a public service. Jackson cited the UP Express to Pearson as an example of what happens when a private consortium takes over running transit.

Keep Transit Public also has an online petition they are encouraging people to sign to show their support, as well as providing a list of contact information for Members of Provincial Parliament (MPP) who represent Brampton, Mississauga, Toronto and Hamilton. As of this writing the petition has amassed over 6,770 signatures.

InBrampton reached out to Metrolinx for an official statement regarding this concern from the ATU and their Keep Transit Public campaign. Metrolinx spokesperson Scott Money provided this response specifically with regards to the Hurontario LRT:

“For the Hurontario LRT, Metrolinx proposed using a Design-Build-Finance-Operate-Maintain (DBFOM) procurement model, which means the consortium responsible for designing and building the project will also be responsible for operating and maintaining it for a set period of time (typically 30 years). This approach transfers risk to the consortium and provides a strong incentive for high quality design and construction since the same people building the project will be responsible and accountable for operating and maintaining it after it is complete.

To be clear, projects procured as DBFOM remain publicly owned by Metrolinx once complete and the consortium operates the line on our behalf. A number of transit lines are currently operated by third parties across the region today, including the entire GO Rail network, York Region Transit, and the York VIVA Bus Rapid Transit project. DBFOM is also consistent with the delivery model used for the Waterloo LRT, and Hamilton LRT. We remain committed to ensuring the project continues to progress and remains on schedule for major construction beginning in 2018, with service expected to begin in 2022.”

As the move towards more public transit in Ontario and across this country continues, one emerging issue that policy makers will have to deal with are indeed the merits of private operations and maintenance. Transit workers, who have been doing this kind of work for decades, could be left out in the cold and having to adapt. Some may say it’s a good thing, but obviously the transit workers themselves do not.

You can find more information about Keep Transit Public here.