Bottled Water Could Get More Expensive 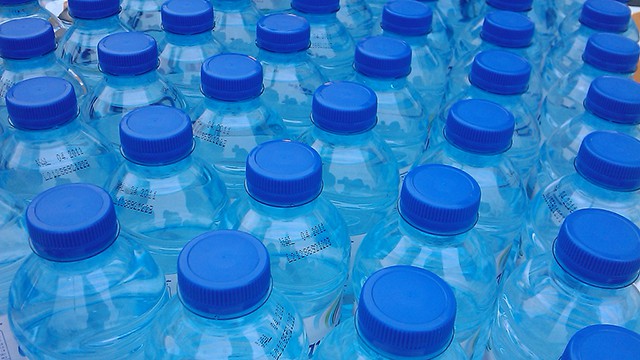 If you regularly consume bottled water, you might be interested to learn that the production of your plastic-encased beverage is about to get more costly.

And while this cost increase–and it’s a big one at 13,500 per cent–is directed at the producer, it is possible that’ll lead to increased prices for consumers.

The province of Ontario recently announced that, as part of the government’s plan to strengthen groundwater production going forward, it will be charging water bottling companies an additional $500 fee to take groundwater.

The province says the fee–supported by some and derided as too weak by others–is a key part of the province’s protections for groundwater.

“As the impacts from climate change become more prevalent, Ontario is taking action to ensure water resources are better protected and that we have the best science available,” says Glen R. Murray, Minister of Environment and Climate Change. “This increased fee, along with the other measures we’ve taken, will help increase groundwater protection and scientific understanding of how to best manage this vital resource.”

According to the province, other protections include placing a moratorium on all new and expanded permits  to take water from groundwater sources for water bottling, introducing new and stricter rules for renewals of existing bottled water permits, undertaking further research to ensure long-term water protection (including considering the impacts of climate change and future demand on water sources and engaging Indigenous partners, communities and industries on changes to water quantity management practices.

While there has been a push from some groups to limit bottled water, other groups say the push to discourage bottled water consumption will inconvenience residents.

Back in February, the Canadian Bottled Water Association (CBWA) released a survey that indicated strong public support for bottled water. The poll, conducted in partnership with Forum Research, asked 1,500 Ontario residents for their thoughts on government policies affecting the industry, among other things.

According to CBWA, the province-wide poll was conducted between January 21-24 and revealed that 79 per cent of Ontarians purchased or consumed bottled water in the past 12 months, 32 per cent of respondents said they purchase bottled water for convenience purposes and 28 per cent buy bottled water as an alternative to other bottled beverages. The survey also revealed  that 52 per cent of those surveyed said they drink bottled water over tap water outside of the home, and that 95 per cent said they recycle their empty water bottles when possible. CBWA also said 72 per cent revealed “they don’t think it’s fair for the government to increase fees for commercial groundwater takings if only bottled water companies are singled out and golf courses and other industries are exempt.”

Although the move has caused some grumblings, it’s been a long time coming.

According to the province, Ontario finalized a two-year moratorium on new and expanded water takings by bottling companies on Dec. 16, 2016. The moratorium will remain in effect until Jan. 1, 2019.

In Ontario, water bottling facilities must apply for permits to take water from groundwater sources if the facility takes more than 50,000 litres of water on any day. The province says bottled water produces about 180 times the greenhouse gas emissions of tap water due to the use of plastic and fossil fuels used for transportation.

So what do think Mississauga? Will this move encourage more people to switch back to tap water and keep plastic out of landfills? Or is a choice being taken away from consumers?