BONUS VIDEO OF THE YEAR: Incredible Footage of 401 Bridge Demolition 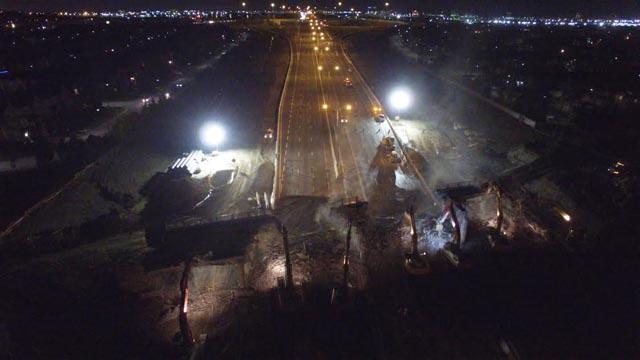 So, this was why the 401 was closed one night in October!

In the early hours of Sunday morning (Oct. 30), construction crews were on scene at a massive bridge demolition above highway 401 in Mississauga.

The Second Line West bridge was demolished as part of a long-term project to expand the highway. Yesterday (Oct. 29), the province issued a notice advising residents of the major construction. Lanes were closed at 9:00 p.m. and the highway in the affected area completely closed at 11:00 p.m.

The demolition took place just west of the Mavis interchange.

According to the Ontario Provincial Police, the demolition concluded shortly after 9:00 a.m.

As you can see from the video, the first part of the footage shows an aerial view and the second part shows a ground view of the impressive display of heavy machinery.

It also sounds like a rollercoaster the entire time.