Bonnie Crombie Pushing for Affordable Housing in Mississauga (and Beyond) 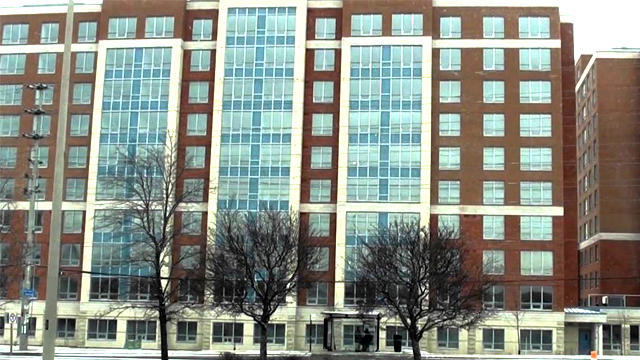 It’s no secret that Mississauga (and Peel in general) is in dire need of affordable housing and is, in fact, facing a mounting poverty crisis.

You can read about both issues more in-depth here and here.

Mississauga Mayor Bonnie Crombie recently spoke out about the city’s role in combating poverty at the recent 2016 Toronto Housing Summit.

For those who are unaware, Toronto Mayor John Tory and Toronto City Councillor and Housing Advocate Ana Bailão hosted the Sept. 30 summit where organizers called upon over 200 participants (including other big city mayors such as Crombie) to help generate workable and concrete housing solutions to help shape the federal government’s National Housing Strategy.

The event was held in conjunction with the Federation of Canadian Municipalities’ (FCM) Big City Mayor’s Caucus (of which Crombie is a member). At the summit, attendees agreed that all levels of government must work together to craft a feasible and applicable affordable housing strategy that will alleviate poverty in Canadian cities.

The summit is coming at an appropriate time because although poverty isn’t as visible in Mississauga as it is in Toronto, the numbers are troubling.

According to a recent city report, 74,575 Mississauga households fall within the low-income bracket, bringing in less than $55,500 a year.

Unfortunately, homes in the city have never been more expensive.

After the summit, Crombie emphasized that the goal wasn’t for cities to simply push for more federal funding for housing programs.

“We have come to the table with real solutions that will get shovels in the ground, affordable housing built and improve the quality of life of residents in need, Crombie said. “I have always maintained that the issues facing Canada’s largest cities, like Mississauga, are the issues facing the majority of Canadians,”

While Mississauga city council has been more adamant that this issue be addressed in recent months, the skyrocketing prices of Canadian real estate (particularly in the GTA and Vancouver-area markets) have been causing concern throughout the country for sometime, especially since wages have, by and large, not kept pace with the escalating costs of accommodations and living in general.

While the Trudeau government has committed nearly $12 billion over five years to the issue, Crombie emphasized that, “meeting housing needs cannot be the responsibility of one agency or body and will depend on strong partnerships, collaborations and the sharing of resources and information. We will work with our federal counterparts and the Region of Peel to secure our share.”

When the train is built, it could further elevate surrounding property values and push lower-income residents out of more affordable neigbourhoods like Cooksville.

“As Mississauga Council moves forward with building the new Hurontario Light Rail Transit, we are committed to having a plan requiring a minimum number of affordable housing units in future buildings along this important route,” Mayor Crombie said. “We don’t want people priced out and pushed out of our community.”

As for how to ensure affordable units are developed, the city provided some insight early last month.

A full report on the Toronto Housing Summit will be available later this month.