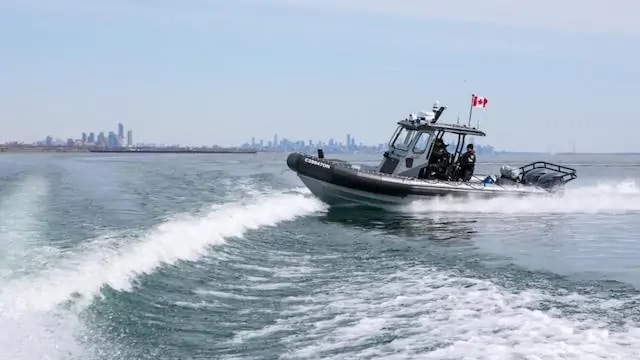 A police marine unit was called into action in Mississauga on Wednesday night after boaters faced with windy conditions appeared unable to get back to shore.

At 7:23 p.m., Peel Regional Police received a call for service in the area of Lakefront Promenade and Lakeshore Road East. The police say that they had “reports of persons in an in an inflatable raft (who) are unable to paddle” due to the strength of the wind. Ultimately, the marine unit officers were able to tow two people, and their dog, back to shore.

“Everyone is doing well,” Peel police said on social media.

At that hour, there were recorded winds of 37 km/h with gusts of up to 48 km/h at Pearson International Airport in Mississauga. It was not known whether the wind on Lake Ontario was even stronger, or by how much, but wind is typically stronger on or near large bodies of water.

BOAT DISTRESS
– Lakefront Promenade/ Lakeshore Rd E in #Mississauga
– Reports of persons in an inflatable raft are unable to paddle in due to windy conditions
– #PRP Marine Unit is responding
– R/C 7:23pm
– 22-0209492

UPDATE:
– Marine Unit officers have towed the raft with 2 people and their dog safely to shore
– Everyone is doing well