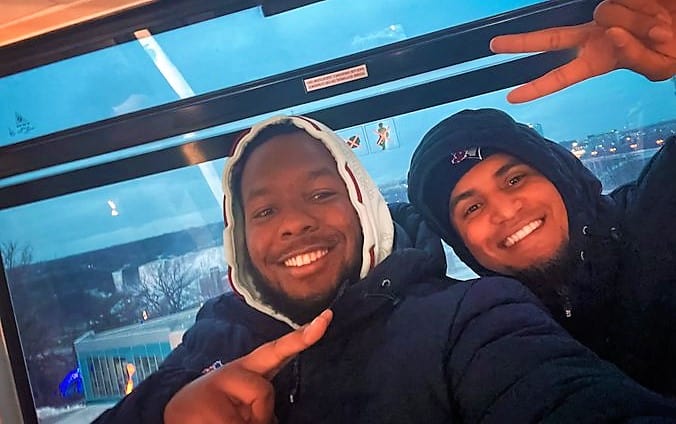 Cancelled for the past few years due to the COVID-19 pandemic, the Toronto Blue Jays Winter Tours came flying back this month with the ball players meeting and greeting fans.

With two sessions – one in the Vancouver area Jan. 12 to 14, the other in Toronto Jan. 20 to 22 – six Blue Jays hit a number of local attractions, meeting the fan, including an evening stint at Niagara Falls on Jan. 22.

While in the falls, the players took in a number of attractions including the Niagara Skywheel and the Niagara Parks Power Station where they took the elevator down 180 feet to the 2,200 foot tunnel that leads to the Niagara Falls viewing platform. 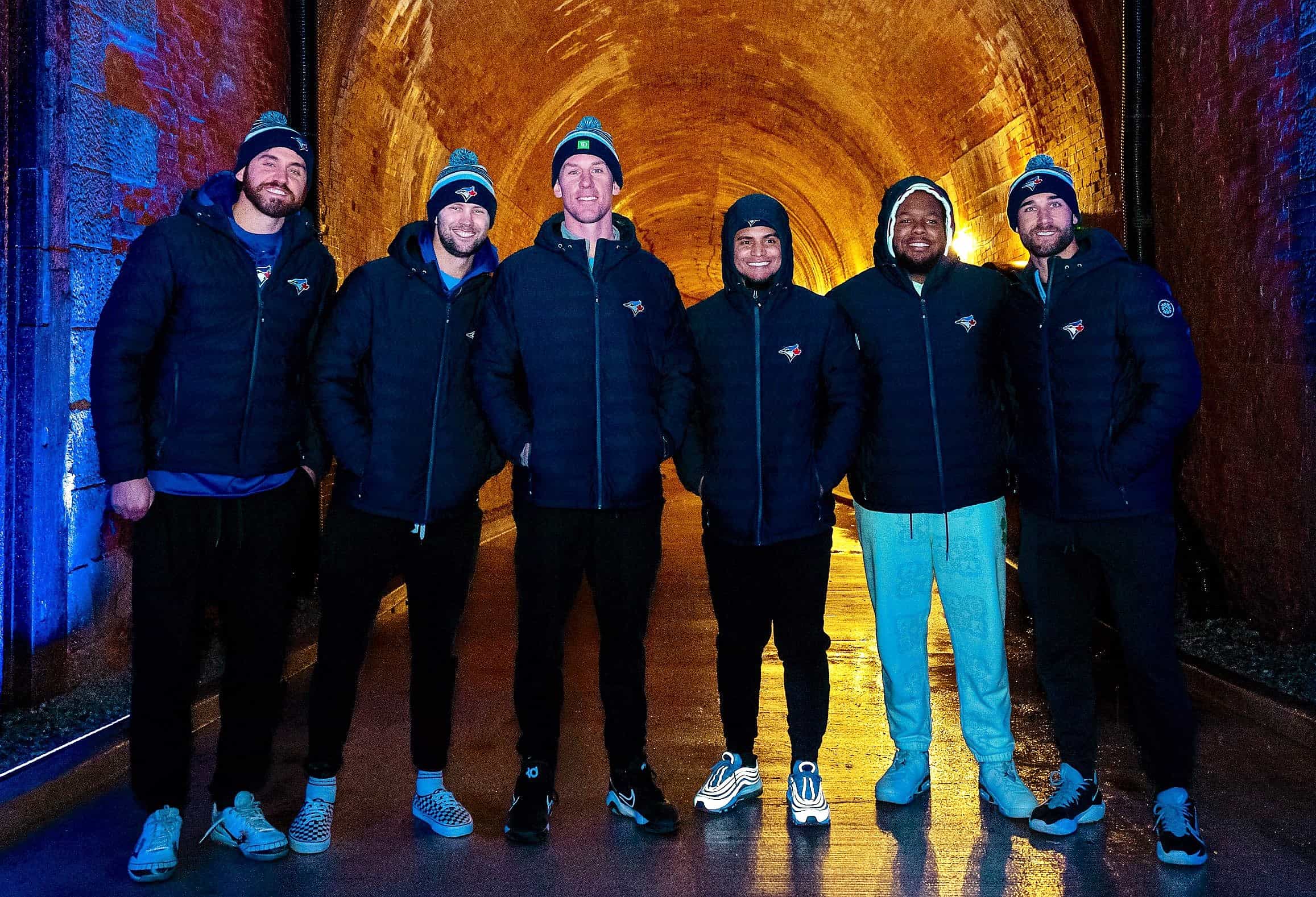 Due to the pandemic, the Winter Tour was last held in January 2020 (Calgary).

Said the team, “After three years, our annual Winter Tour presented by TD returns! Winter Tour recognizes the passion and pride of Blue Jays fans that extends well beyond Rogers Centre, to millions of fans across the country.”

The team noted the Winter Tour provides Blue Jays players and personnel “the opportunity to acknowledge fans from coast-to-coast-to-coast and to give back to those communities, all while celebrating the game of baseball.