Blue Jays’ stadium capacity to rise to 30,000 starting next week 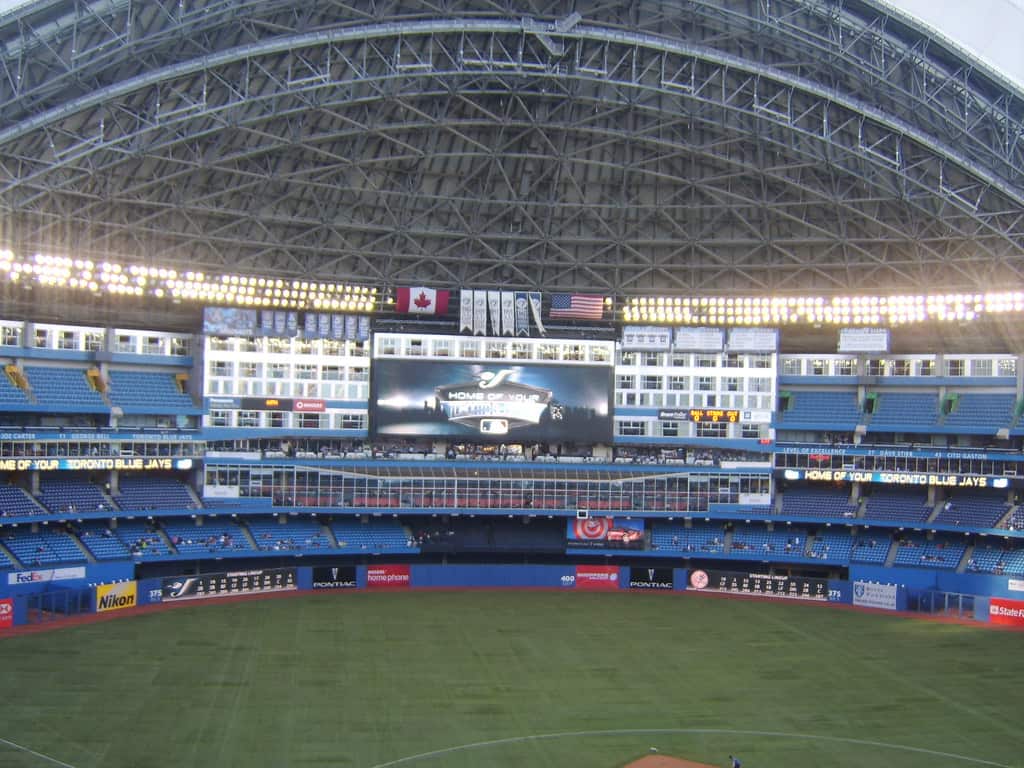 TORONTO — The Toronto Blue Jays will get a home-field advantage boost when they return to Rogers Centre next week.

Seating capacity at the downtown stadium will be doubled to 30,000 starting with Tuesday night’s series opener against the New York Yankees.

The Blue Jays received approval from the Ontario government for the increase on Friday.

The Blue Jays announced Thursday that they would make additional tickets available for their final homestand next week. They were hopeful that government regulations would be loosened for those six games and any post-season home games should the team qualify.

Forced to play south of the border last season and part of this season due to pandemic-related travel restrictions, the Blue Jays received clearance to return home in mid-July.

The team played its 2021 Rogers Centre opener on July 30 after receiving a national interest travel exemption from the federal government. The Blue Jays were approved to treat the stadium as an outdoor venue at just less than one-third of the stadium’s regular 49,000-seat capacity.

Other professional teams in the province, including NHL, MLS and CFL clubs, returned to play earlier this year with limited attendance due to government restrictions.

The Blue Jays, meanwhile, could certainly use the extra boost from a raucous home crowd as Canada’s lone MLB club makes a push for the post-season.

Toronto, currently wrapping up a road trip with a weekend series in Minnesota, will entertain the Yankees in a critical three-game set before closing out the regular season against the Baltimore Orioles next weekend.

The Blue Jays will open the stadium’s top deck — the 500 level — for the first time this season and additional seats were made available in the 100 and 200 levels. The team would have issued refunds to ticket purchasers if capacity was not expanded.

Team president Mark Shapiro has said the stadium’s retractable roof would be open as long as the weather allows, and additional measures had been taken to ensure proper ventilation.

The Blue Jays require proof of full COVID-19 vaccination for all fans aged 12 and older upon entering Rogers Centre. A negative COVID-19 test is no longer accepted except for individuals with a doctor’s note indicating they can’t receive the vaccine due to medical exemptions.

The Blue Jays played last year’s condensed schedule at the home field of their triple-A affiliate in Buffalo. The team started the 2021 campaign at its spring training home in Dunedin, Fla., before moving back to Buffalo and then finally to Toronto.

Entering play Friday, Toronto was one game behind New York in the race for the second American League wild-card spot. The Yankees were two games behind the Boston Red Sox, who held the first spot.

The AL wild-card game is scheduled for Oct. 5. The winner advances to a best-of-five AL Division Series starting Oct. 7.

The Blue Jays reached the playoffs last season but were swept by the Tampa Bay Rays in a best-of-three wild-card series. It was Toronto’s first post-season appearance since 2016.