Blue Jays could be back playing in Toronto by August, under sports re-opening plan 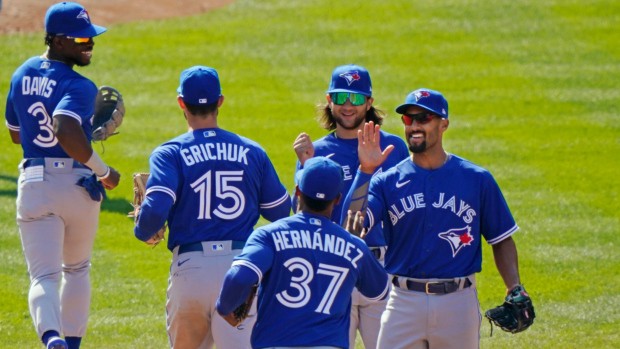 Ontario says it has accelerated its return-to-play plan for professional and elite amateur leagues as the province loosens COVID-19 restrictions.

Teams and leagues will be allowed to resume games as soon as August, although there is currently no plan to allow spectators.

MacLeod says this includes the Toronto Blue Jays, Toronto Raptors, and Toronto FC, although their ability to play teams in the United States is a federal responsibility.

The Canadian Football League and Ontario Hockey League are the most impacted by the decision, having missed an entire season because of the novel coronavirus pandemic.

The Hamilton Tiger-Cats, Toronto Argonauts, and Ottawa Redblacks all have training camps scheduled to begin in early July.

MacLeod says that as long as the CFL teams meet provincial safety standards and have the approval of their local public health officials they may begin to train.