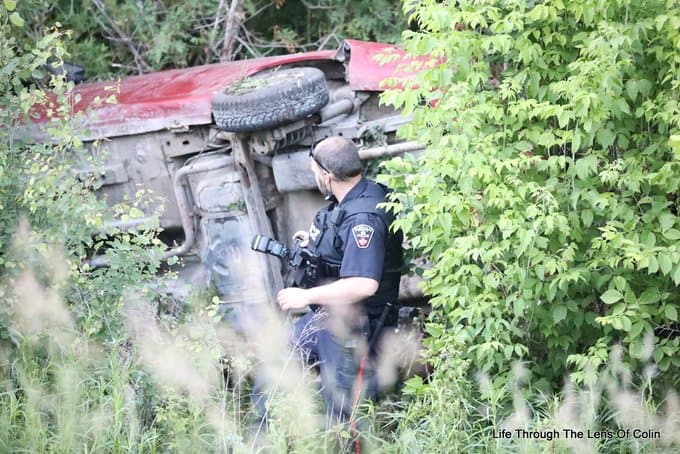 A 66-year-old Blackstock was arrested following a single-vehicle rollover in Scugog on Friday evening.

Police responded to a single motor vehicle collision on Regional Road 57 and Regional Road 19 just after seven p.m. after receiving 9-1-1 calls about a vehicle that had rolled over into the ditch.

Police say one passenger was ejected from the vehicle. A second passenger had originally left the scene and was located a short time later. Both were air-lifted to a trauma centre in Toronto, where they are both listed in stable condition.

The driver did not receive any injuries and was arrested at the scene.

The area of the roadway was closed for several hours while evidence was collected.