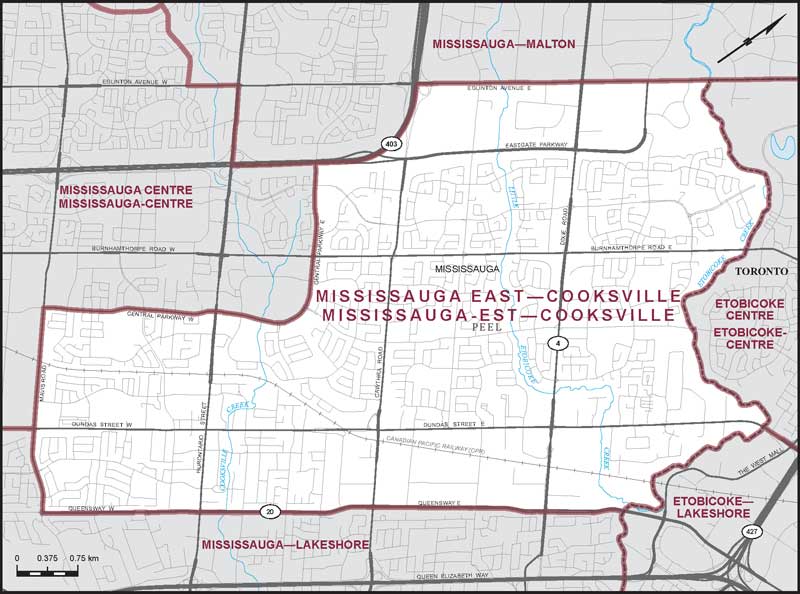 The Ontario Progressive Conservative Party have selected their candidate for the riding of Mississauga East-Cooksville, and I think a few people, including the candidate himself, were a little surprised by the outcome.

The nomination took place this past week at the Candles Banquet Hall at 1224 Dundas Street East. I can remember decades ago when Conservatives would have had trouble attracting candidates from the various ethnic communities in Mississauga. But in the Ontario PC party of 2017, following the strategy set out by their leader Patrick Brown, the party has managed to reach out to find candidates from such communities. That is a good sign for any political party looking to build beyond their traditional base.

The nominees to become Ontario PC candidate in Mississauga East-Cooksville were:

The nomination did have one more candidate, a gentleman named Tassawar Syed. But as of this writing, he apparently dropped out before the nomination took place, releasing only this statement on his Facebook page. Insauga reached out to Syed for a clarification on his statement, but he did not respond.

With such a diverse group of candidates, you’d think this meeting would last a few hours as voters have three different people to choose from. But by the time I arrived, the nomination was acclaimed by Kaleed Rasheed, as people there indicated that the other candidates dropped out of the nomination contest. 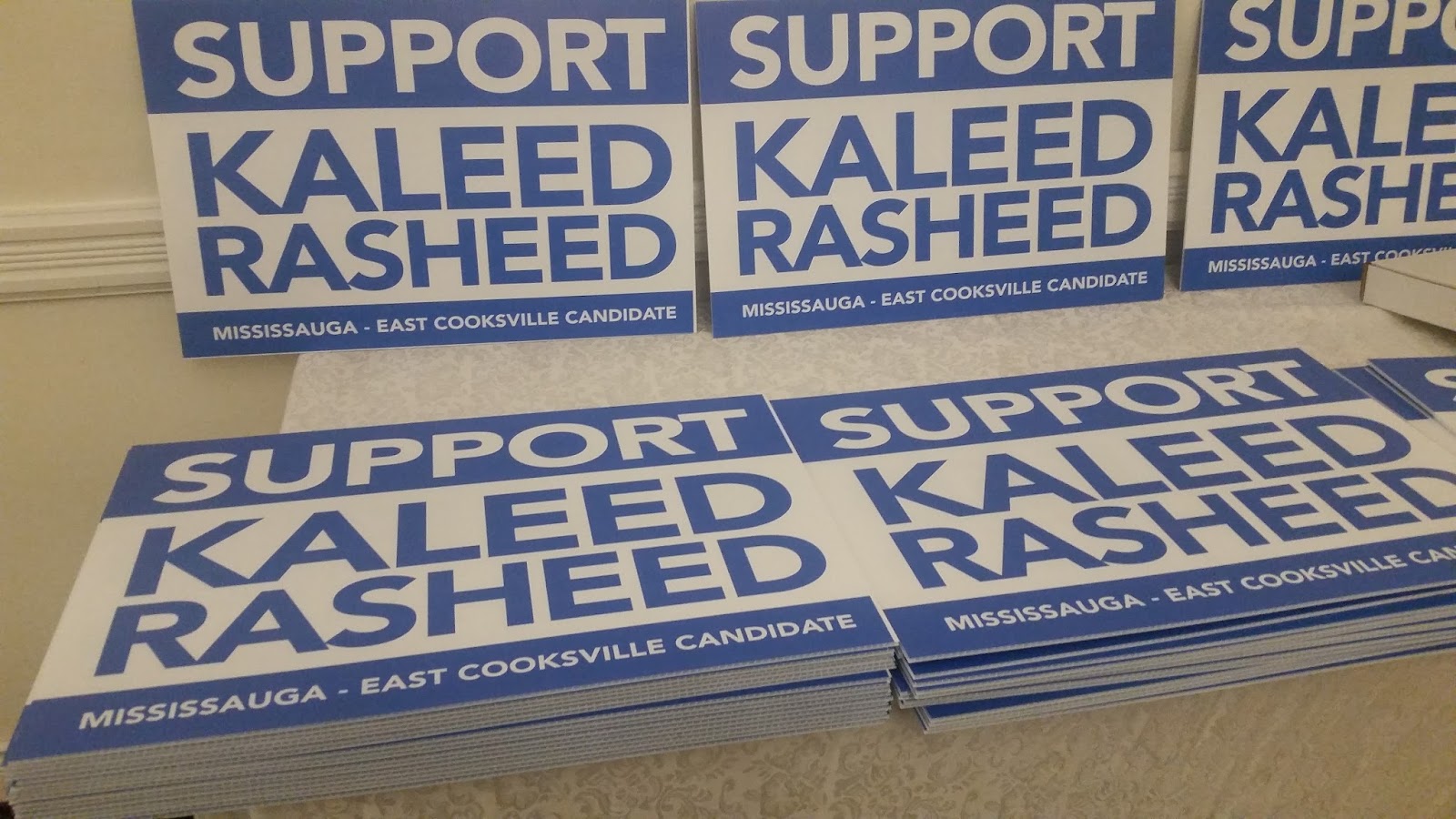 My impression of Rasheed was that he himself was more surprised than anyone else at the meeting. Perhaps he was just stunned that the others dropped out and that he won by acclamation, which in the world of political party nomination contests is a rarity unless you happen to be an incumbent member seeking reelection. 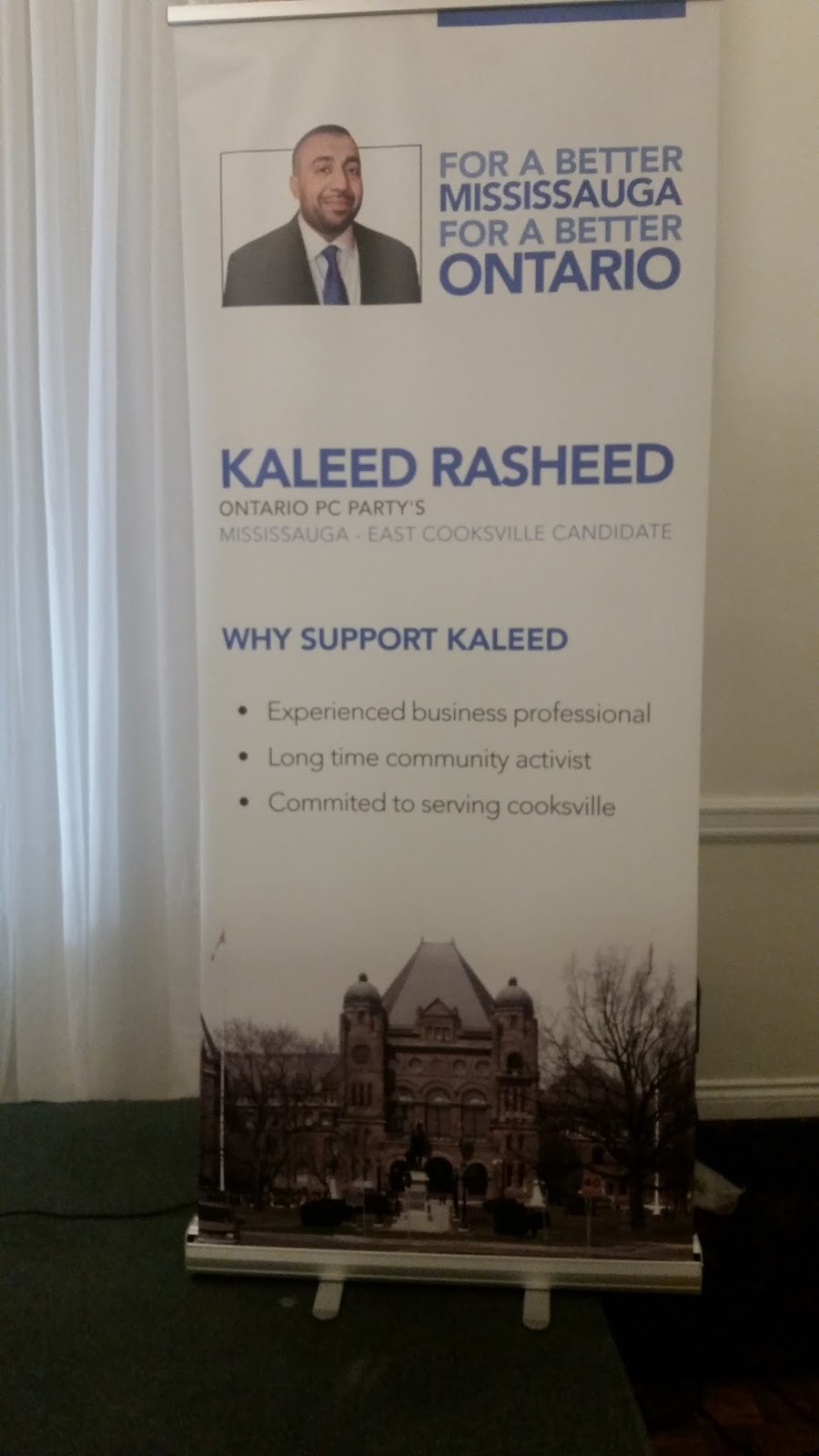 The other indication that Rasheed was a little stunned by his candidacy was when he was questioned about his position on hydro rates, he said he needed to sit down with the party in order to get a proper briefing. Nevertheless, Rasheed cited the health care system as being one of the issues that personally drove him to run for politics, having a terrible experience at Trillium some years ago when his grandmother was lying 18 hours on a stretcher waiting at the hospital before she could be placed in an actual bed.

As the Ontario PCs are on a bit of an upswing in public opinion polls, it’s not surprising that numerous people of various backgrounds are seeking to run for the party. However, Rasheed does have an uphill battle ahead of him, as no Conservative has won the riding provincially since 1999 (pretty much a century ago). The riding is also currently held by Liberal Dipika Damerla, currently in Kathleen Wynne’s cabinet and who won reelection in 2014 with 52 per cent of the vote.

Rasheed sounded rather optimistic, explaning that as he was knocking on doors selling PC party memberships, many of the residents of the Mississauga East-Cooksville riding were angry, fed up with the governing provincial Liberals, and a number of them were Liberals who decided it was time to switch their vote.

With the selection of Kaleed Rasheed as the PC Party flag bearer in Mississauga East-Cooksville, the party has almost finished nominating their slate of candidates for the 2018 election. The final nomination for the PCs is in the riding of Mississauga Lakeshore, on Tuesday June 20th, at the Lakeshore Convention Centre from 6 to 9 pm.

Insauga will look to provide more in-depth profiles of candidates from all parties as the provincial election next year approaches. Stay tuned.