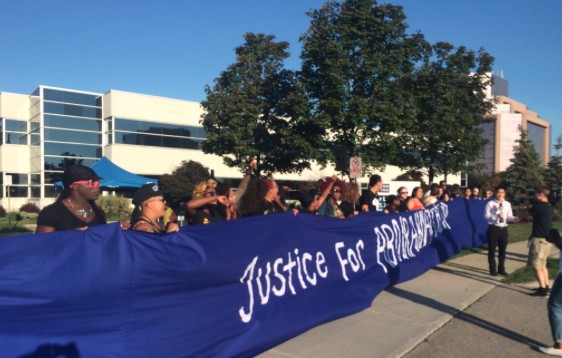 According to this CP24 article, protestors are angry about the death of Somali-Canadian man Abdirahman Abdi, who died last month after a violent arrest outside his apartment building in Ottawa.

Although the SIU was called in to investigate the incident, not many details have been released since.

The group demands that the SIU be completely overhauled and that the officers involved in Abdi’s death be charged. They also want Eric Hoskins, Minister of Health, to launch an investigation regarding how the Ottawa hospital and paramedics handled Abdi’s death.

“The Special Investigations Unit is supposed to be an impartial civilian board that is supposed to work to investigate police interactions with the public but what it actually does is protect police officers,” said Yusra Khogali, co-founder of Toronto’s BLM group, at a demonstration earlier in August.

Meanwhile, other divisions of the Black Lives Matter group will also be holding protests in their respective cities throughout the day.