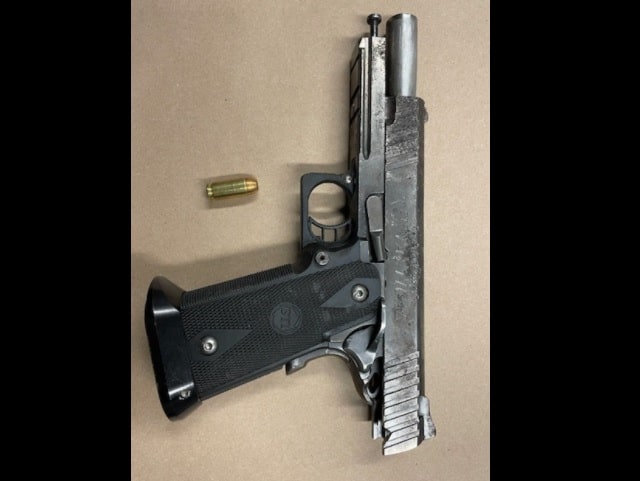 A man is facing a series of firearms-related offences, including one for allegedly carring a loaded gun, after a traffic stop in Mississauga executed by officers on bicycle, police say.

On Tuesday morning, Peel Regional Police bicycle patrol officers conducted a traffic stop while patrolling in the the area of Dundas Street West and Hurontario Street in the City of Mississauga. During the investigation, they found a loaded .40-calibre handgun. The driver was arrested and taken into custody

He was due to appear in a Brampton court on Wednesday (June 30).

Anyone with additional information is asked to call investigators at PRP’s 11 Division Criminal Investigation Bureau at 905-453–2121, ext. 1133. Information may also be left anonymously by calling Peel Crime Stoppers at 1-800-222-TIPS (8477) or online at peelcrimestoppers.ca.