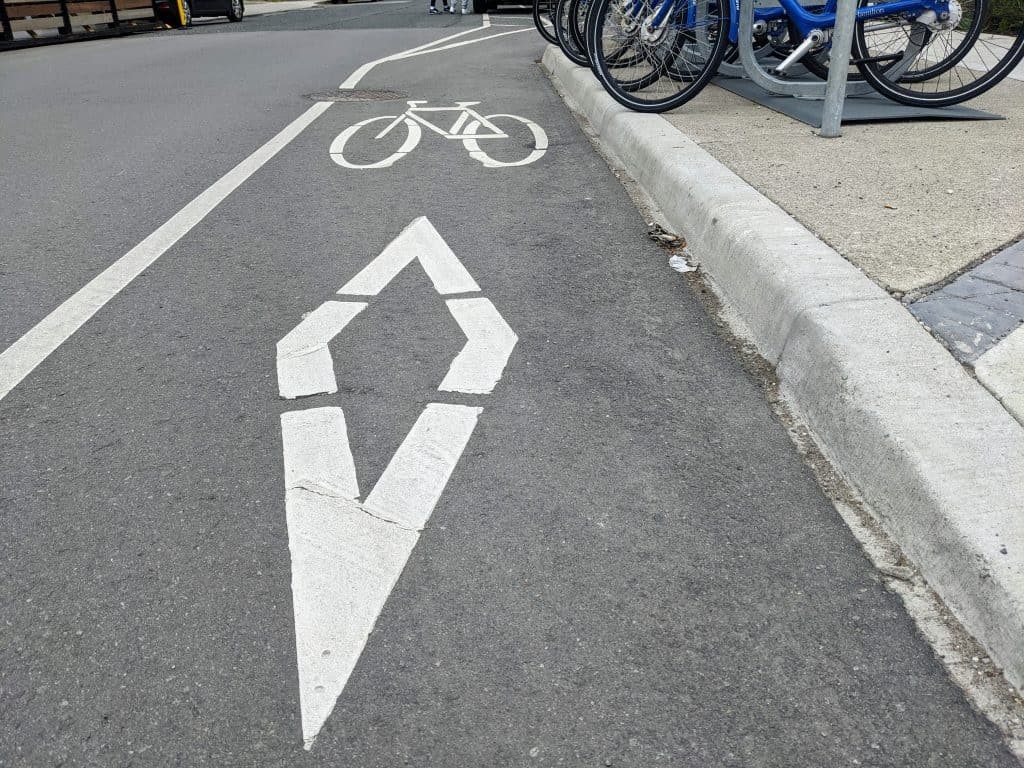 Tomorrow is the last chance to comment on a plan to add bike lanes and possibly reduce Bloor Street in Mississauga from four to two driving lanes.

The plans to add bike lanes to Bloor Street, from Central Parkway East to Etobicoke Creek, have gone through several stages.

The first community meeting for the project, which also includes pavement rehabilitation, pedestrian crossings and a noise wall, was in June 2021. The study on the project should be complete in the spring of 2023.

The plans have now come down to two alternatives. Option five would keep the current four lanes for traffic, and add a bike lane beside the sidewalk with trees along the boulevard. 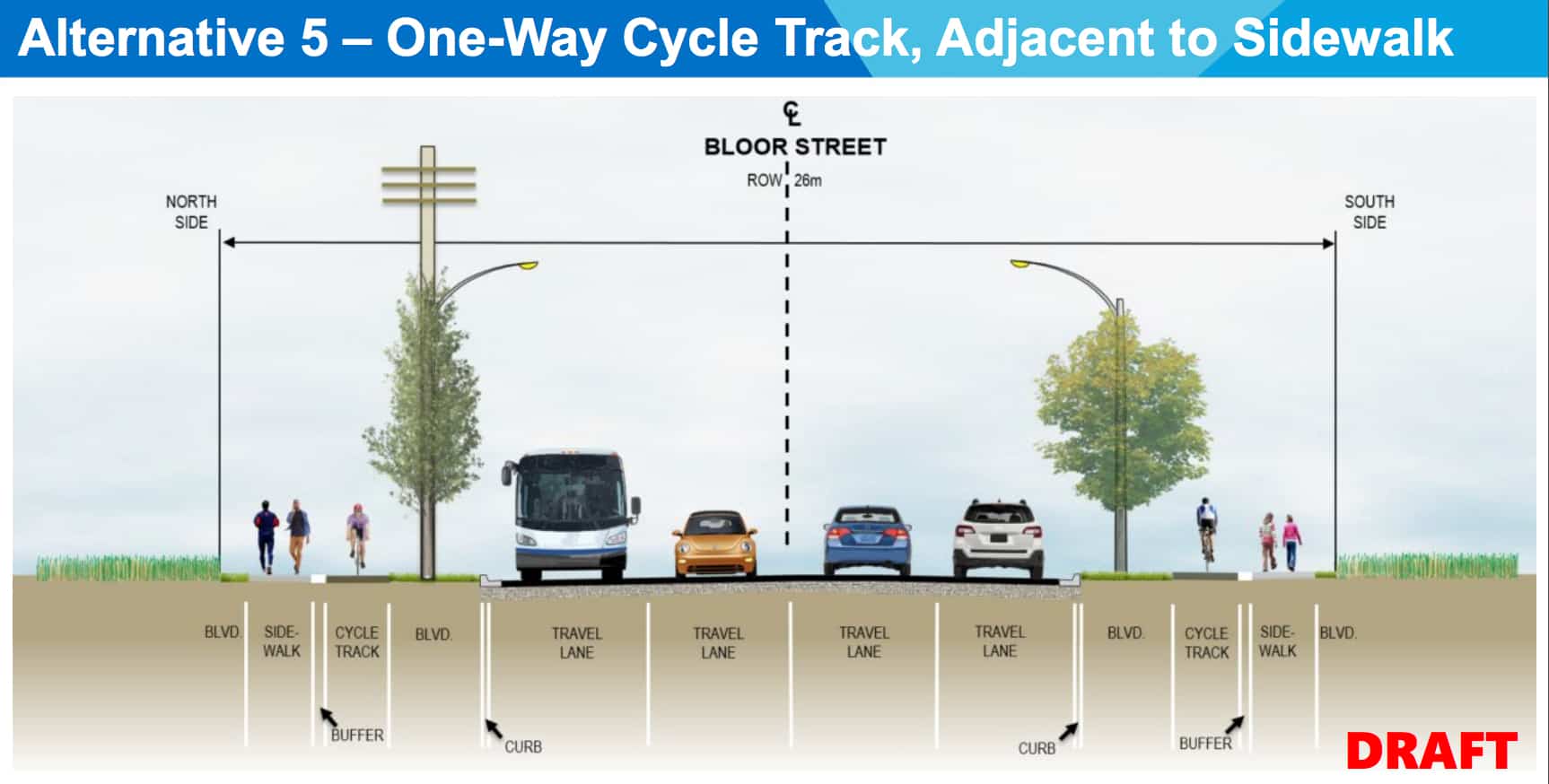 Some residents were concerned about sight lines for drivers pulling out of their driveways on Bloor Street with option five. Others worried about speeding and the safety of cyclists and pedestrians.

A new alternative, introduced at the Nov. 29 community meeting, reduces the traffic lanes to two and leaves more space for pedestrians, trees and the bike lanes. The bike lanes and sidewalks would be wider than in option five.

There would be a two-way left turn lane in the centre of Bloor Street in this option. 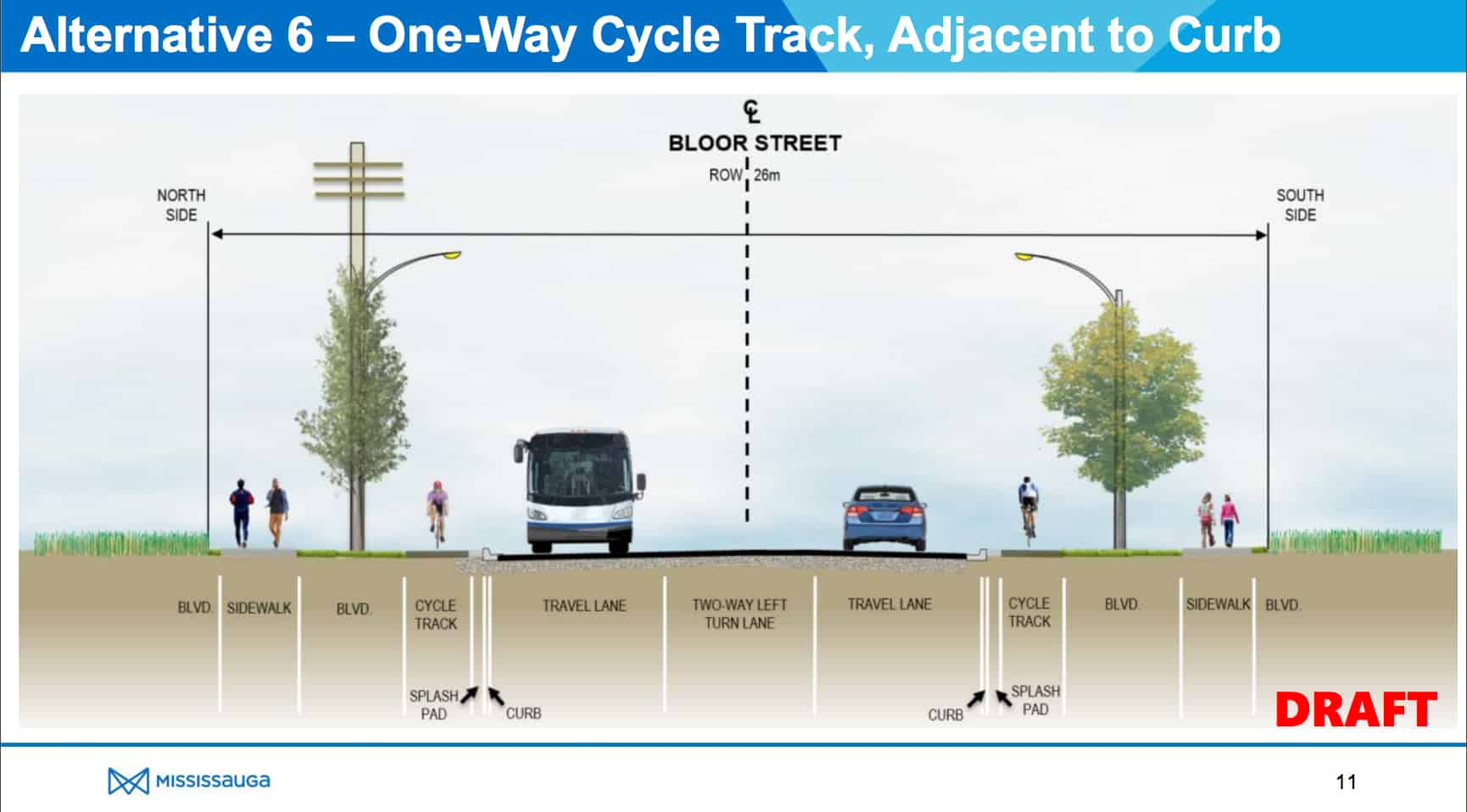 Option six allows space for about 70 more trees than option five. There would less disruption to the hydro poles on Bloor Street in option six. This option also increases the sight lines at driveways between Dixie Road and Cawthra Road.

The disadvantages include less space for transit and vehicles, a bike lane that is closer to traffic and additional snow plow operations to plow both the sidewalk and bike lane.

The City of Mississauga has asked for the public’s input to choose the best option. The last day to comment is Dec. 20.

The bike lanes, particularly option five, was opposed by residents along Bloor Street this spring. A petition argued the bike lanes in front of driveways would pose a serious safety issues.