Biggest Sports Bar From Out West Opening in Mississauga 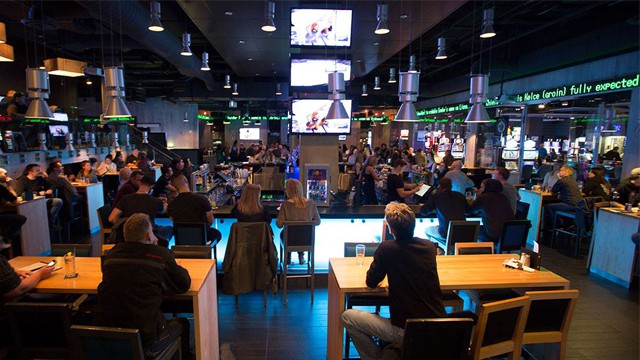 The Shark Club Sports Bar and Grill has already begun construction of their second (Ontario) location along Dixie Rd. in the Sandman Hotel. Located in a central part of Mississauga, the Shark Club will be easily accessible from highways 401 and 403.

This will mark Ontario’s second location (the first location is in Toronto) and if Mississauga’s will be anything like our neighbour’s, it will have a gigantic big screen T.V. and LED T.V.’s for major sporting events (i.e. Pay Per View events, UFC, NHL, NFL, CFL and MLB). It will host unique events, contests, offer a late night menu and happy hour specials.