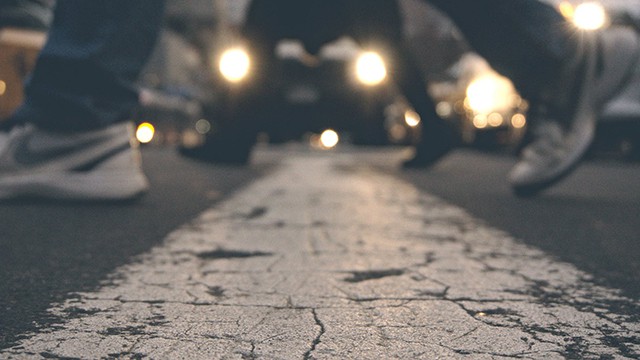 With summer in full swing, it’s safe to assume that a lot more people will be enjoying Mississauga on foot (as they should during the warmer months).

For that reason, it’s also fair to assume that people should keep pedestrian safety in mind when choosing their legs over the car.

Fortunately for pedestrians, the city is keeping foot traffic in mind.

Over the next few months, the City of Mississauga says it will install five new pedestrian crossovers in various neighbourhoods.

The city says locations have been selected as part of a pilot program looking to improve pedestrian safety on Mississauga roads.

According to the city, the program comes as part of a new provincial legislation under the Highway Traffic Act introduced in January 2016. Under the law, Ontario municipalities now have the ability to install crossovers on low-speed roads.

The pedestrian crossovers will be installed in the following locations:

As far as functionality goes, a pedestrian crossover is a type of crossing where by law, drivers are required to stop for pedestrians intending to cross the road.

“Mississauga is a very busy city with thousands of people making use of our roadways every day, making road safety an important priority,” said Mickey Frost, director, works operations & maintenance for the City of Mississauga. “These new crossovers will allow pedestrians to easily cross roadways safely.”

The city says staff reviewed more than 20 locations where pedestrian crossing assistance were requested by the public. The review of these locations included criteria such as the level of pedestrian and vehicle traffic in the area and the posted speed limit of the roadway and the locations selected for the pilot were deemed to have the greatest impact on public safety with a view to advance City Council’s Vision Zero mandate.

As far as enforcement goes, the law states that drivers and cyclists must also stop and yield at pedestrian crossovers, school crossings and other locations where there is a crossing guard.

Drivers can be fined $150 to $500 and three demerit points for offences at a pedestrian crossing.

Following the installation of the crossovers, the city says staff will evaluate the effectiveness of the program over the coming year.