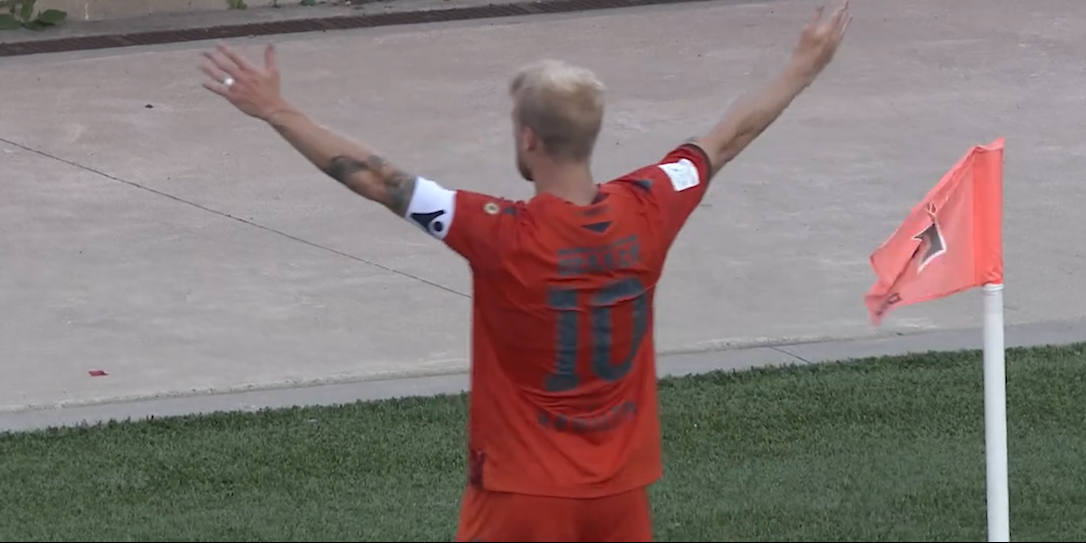 Who doesn’t love an Olimpico?

In a match that featured a hattrick from Woobens Pacius (his first in the Canadian Premier League and the second hattrick in Forge history), it was Bekker’s corner strike that had the soccer world buzzing.

A video of the goal was tweeted by official broadcaster One Soccer and shared by Bleacher Report Football to their 5.13 million followers.

Valour FC forward William Akio denied his teammate, Alessandro Riggi a guaranteed goal by bizarrely clearing the ball before it rolled past the line.

The video of the gaffe has been viewed 10.6 million times and counting and gained international attention.

WHAT DID WE JUST WITNESS!? 👀

One of the most bizarre sequences in soccer history, as this player celebrates a "goal" too early and kicks the ball into the sky BEFORE it fully crosses the line 💀#FIFA22 | #FUT | #soccer pic.twitter.com/JdTrfaE0ss

Don’t worry about Akio, though. The 23-year-old African-Canadian signed a three-year contract with Scotland’s Ross County shortly after.

Bekker, meanwhile, celebrated his 100th match as a member of Forge FC this month. The 31-year-old Oakville native is the first CPL player to reach that milestone.