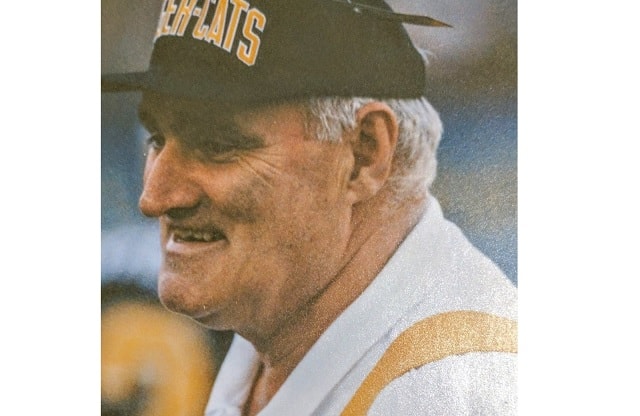 Tributes poured across social media on Thursday after word of the death of longtime Hamilton Tiger-Cats trainer Ray Jones.

“Nobody loved the CFL more than Jonesy,” Sportsnet play-by-play broadcaster Chris Cuthbert, who called CFL games for three decades with CBC and TSN, wrote on Twitter.”He’d drop by the booth before every game at Ivor Wynne (Stadium) with a story or the latest news. Condolences to his family, friends and Ticats family.”

Our sincerest condolences to the family and friends of long-time Ticats trainer, Ray Jones, who passed away earlier today.

Jonesy was a fixture at Ticats games long after his retirement from the club. He will be sorely missed by everyone in Hamilton and the entire CFL community. pic.twitter.com/T2S8TJMXZ2

Jones’ tenure with the Tiger-Cats included some winning times in the 1980s. Hamilton reached the Grey Cup five times in 10 seasons, winning in 1986. In 1989, they had a narrow last-second loss against Saskatchewan in the 1989 championship game, which is considered the greatest game in the league’s history. Saskatchewan won on a field goal after an acrobatic, twisting game-tying touchdown catch by Tony Champion, whom the Ticats medical staff had helped continue to play despite having broken ribs.

Jones was known for a boisterous personality. After his retirement, he remained a fixture around the football scene in Hamilton, particularly on game days.

“He was a great man,” Ken Evraire, a wide receiver from the early-1990s Ticats, wrote on a Twitter. “He loved taking care of us.”

Prior to working with the Ticats, Jones was a trainer for the Canada Olympic men’s basketball team. His 35-year association with Mohawk College, where he provided on-site support and rehab programs for varsity, intramural and academic programs, led the school to induct him into its sports hall of fame in 2003.

“Quick, efficient, and a barrel of laughs,” Karin Primorac, a Mohawk volleyball alumna, wrote on Twitter. “No better man was there ever in his profession.”