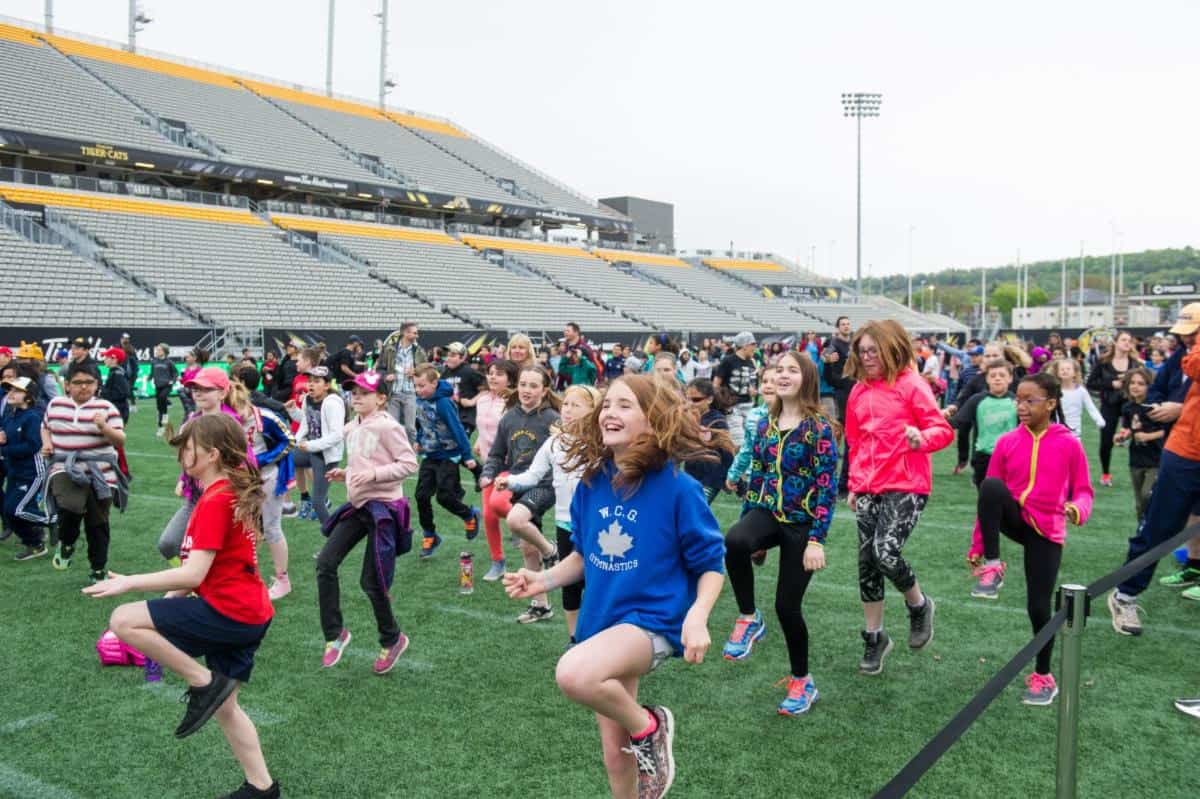 Hundreds of Hamilton youngsters will be taking part in a health and fitness event at Tim Hortons Field tomorrow.

Following a two-year pandemic pause, BeFit Day, which promotes good habits to schoolchildren, is resuming on Wednesday (Sept. 29, 12 noon-2 p.m.) at the stadium. Players from the Hamilton Tiger-Cats and Forge FC pro soccer team, as sell as the Ticats cheer and dance team, will be working with children at various exercise and movement stations.

“BeFit Day is a fun and engaging program that helps students learn about the importance of a healthy lifestyle,” says Joanne Battaglia, a senior vice-president at FirstOntario, which is a presenting sponsor.. “We’re proud to work together with the Hamilton Sports Group (the corporate parent of the Forge and Tiger-Cats) to support youth health and wellness and make a positive impact in our community.”

The health and fitness stations will include ones dedicated to football skills, soccer skills, dance and cheer skills and a food and nutrition station with Grain Farmers of Ontario, featuring players from the Ticats and Forge FC. FirstOntario also has a station with a “fun interactive game” designed to promote financial literacy.

“We’re excited to have the opportunity to use our platform to make a difference and educate the students about the importance of physical activity and healthy habits,” says Courtney Stephen, director of community partnerships of Hamilton Sports Group.

Students from schools in both the Hamilton-Wentworth public and Catholic boards will be involved. Each student is receiving a gift bag with a ticket voucher to an upcoming Forge FC home match.

The Tiger-Cats, who are on a bye week in the Canadian Football League, have also held a flag football event for children at the stadium this week.

The Tiger-Cats (4-10) have two home games left in their uphill climb to earn a CFL East Division playoff berth, including one against the Saskatchewan Roughriders on Oct. 7.