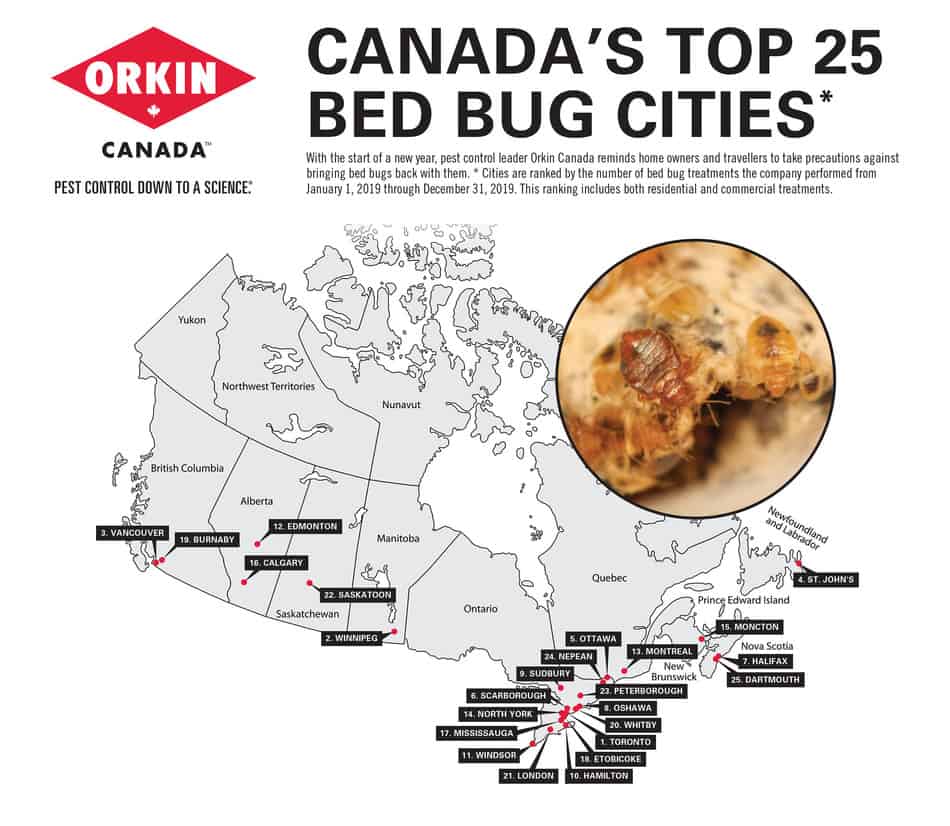 We’ve all heard the expression ‘don’t let the bed bugs bite,’ but for some, particularly those who live in the GTA, it’s more than just a saying.

Based on the findings, bed bug sightings have decreased by nearly 20 per cent compared to last year—the biggest decrease since Orkin started the survey five years ago.

The drop has been attributed to lengthy lockdowns throughout much of 2020, as well as stay-at-home orders, and a general shift for many employees to working from home.

However, as businesses begin reopening, and employees return to workplaces, Orkin is predicting another surge in bed bug infestations, largely due to their ability to travel long distances and the fact they double in population every 16 days.

The findings are based on the number of commercial and residential bed bug treatments carried out by the company in 2020.

According to the survey, the top-five most infested Canadian cities in ascending order were Winnipeg, Vancouver, Oshawa, Sudbury, and Toronto.

Additionally, Hamilton was the 13th-most-infested city, while Mississauga was 16th, and Brampton was 25th.