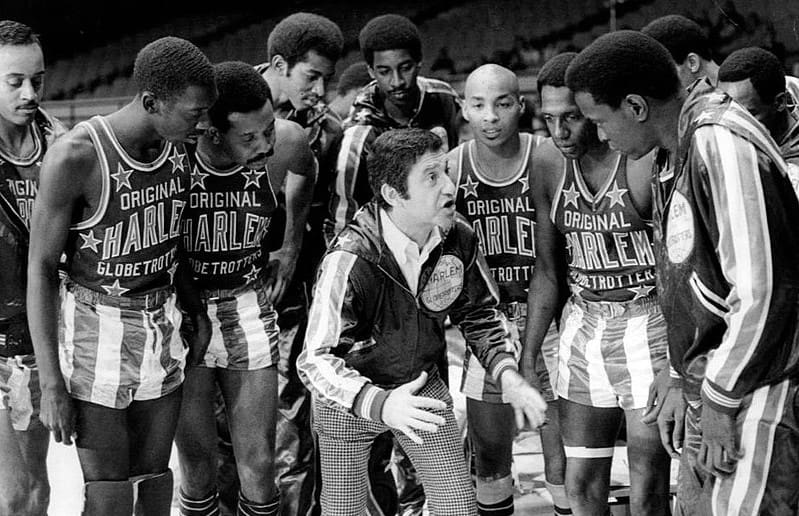 The Harlem Globetrotters appear in a 1969 TV special with late comedian Soupy Sales.

When it comes to mixing entertainment with amazing sports skills, look no further than the Harlem Globetrotters basketball team.

Combining athleticism, theatre and comedy, the Globetrotters have been entertaining crowds for… well, forever.

They’ll be hitting the court with their shenanigans to Meridian Centre in St. Catharines on April 6 at 7 pm but will they have their long-time deliberately ineffective opponents,  the Washington Generals, in tow for yet another shellacking?

The Globetrotters have been on the hardball North American landscape for nearly a century, having formed in 1926 on the south side of Chicago as the Chicago GlobeTrotters. Their operations quickly switched to New York City where they became the Harlem reiteration in 1928.

Over the years, they have played more than 26,000 exhibition games in 124 countries and territories and are instantly identifiable with their signature song, the whistled version of “Sweet Georgia Brown” by Brother Bones.

One-time owner Abe Saperstein changed their name from the “New York Harlem Globe Trotters” to simply Harlem because in the late-1920s, it was then considered the center of Black American culture and, of course, the name Globetrotter mythologized the team’s international venues.

Various incarnations of the team have starred in countless TV specials and even cartoons as the squad hit its peak in popularity in the 1970s and 1980s.