Bank Robbery Suspect on the Loose in Brampton 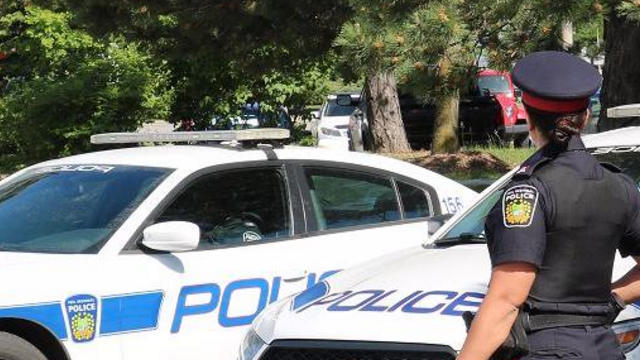 A suspect is on the loose after a Brampton bank robbery.

A suspect is on the loose after a Brampton bank robbery.

Shortly after 1:30 p.m., Peel police reported that Peel’s second bank robbery of the day occurred in the Cottrelle Blvd. and Hwy 50 area in Brampton.

The suspect has been described as white male in his 20s with a red goatee. He was last seen wearing all black.

No one was injured during the incident and the suspect fled the area on foot.

Earlier in the day, a robbery took place at a bank in the Lakeshore and Enola Ave. area in Mississauga.

There are similarities in the suspect descriptions for both robberies, but it is not yet clear if the same suspect is responsible for both incidents.