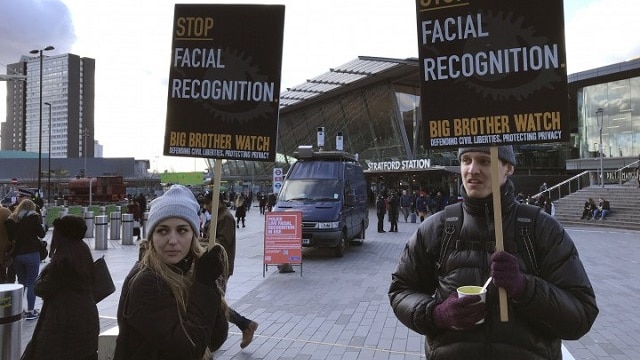 OTTAWA — Dozens of groups and individuals working to protect privacy, human rights and civil liberties want the Trudeau government to ban the use of facial-recognition surveillance by federal law-enforcement and intelligence agencies.

In an open letter to Public Safety Minister Bill Blair, they call the technology “highly problematic,” given its lack of accuracy and invasive nature, and say it poses a threat to Canadians’ fundamental rights.

They tell the minister that in the absence of meaningful policy or regulation governing facial recognition, it cannot be considered safe for use in Canada.

The letter is signed by Tim McSorley, national co-ordinator of the Ottawa-based International Civil Liberties Monitoring Group, and Laura Tribe, executive director of Open Media, who are spearheading the campaign.

It is endorsed by 29 other prominent groups including Amnesty International Canada, the Canadian Federation of Students, the Canadian Muslim Lawyers Association and Privacy International, as well as 46 academics, researchers, lawyers and other civil society members.

The letter also calls on the government to initiate a meaningful, public consultation on all aspects of facial-recognition technology in Canada and to establish clear, transparent policies and laws regulating its use, including reforms to federal privacy law.

The letter comes as concerns mount over police killing and mistreatment of Black and Indigenous people, prompting widespread discussion about curbing the powers and resources of law-enforcement agencies.

“At a time like this, the public should be certain of the fact that their rights and freedoms are protected,” the letter says.

The federal privacy commissioner said this week that U.S. firm Clearview AI will stop offering its facial-recognition services in Canada in response to an investigation by the commissioner and three provincial counterparts.

Clearview AI’s technology worries many privacy advocates because it apparently allows for the collection of huge numbers of images from various sources with the aim of helping police forces, financial institutions and other clients identify individuals.

Clearview’s retreat includes an indefinite suspension of the company’s contract with the RCMP, its last remaining client in Canada.

But the letter to Blair says inadequate regulation of facial recognition and a lack of information means it is impossible to know which police forces and intelligence agencies are using the tool, and to what ends, including during protests.

It cites studies that have found the technology to be inaccurate and especially prone to misidentifying the faces of women and people with darker skin.

“These errors can lead already marginalized communities to be even more likely to face profiling, harassment and violations of their fundamental rights,” the letter says.

This is particularly concerning given the technology’s use in situations where biases are common, including when individuals are travelling and crossing borders as well as in the context of criminal investigations, and national security and anti-terrorism operations, it says.

“If, as federal officials have said, the Canadian government is serious about ending racial disparities in policing, banning facial recognition surveillance is a clear first step.”