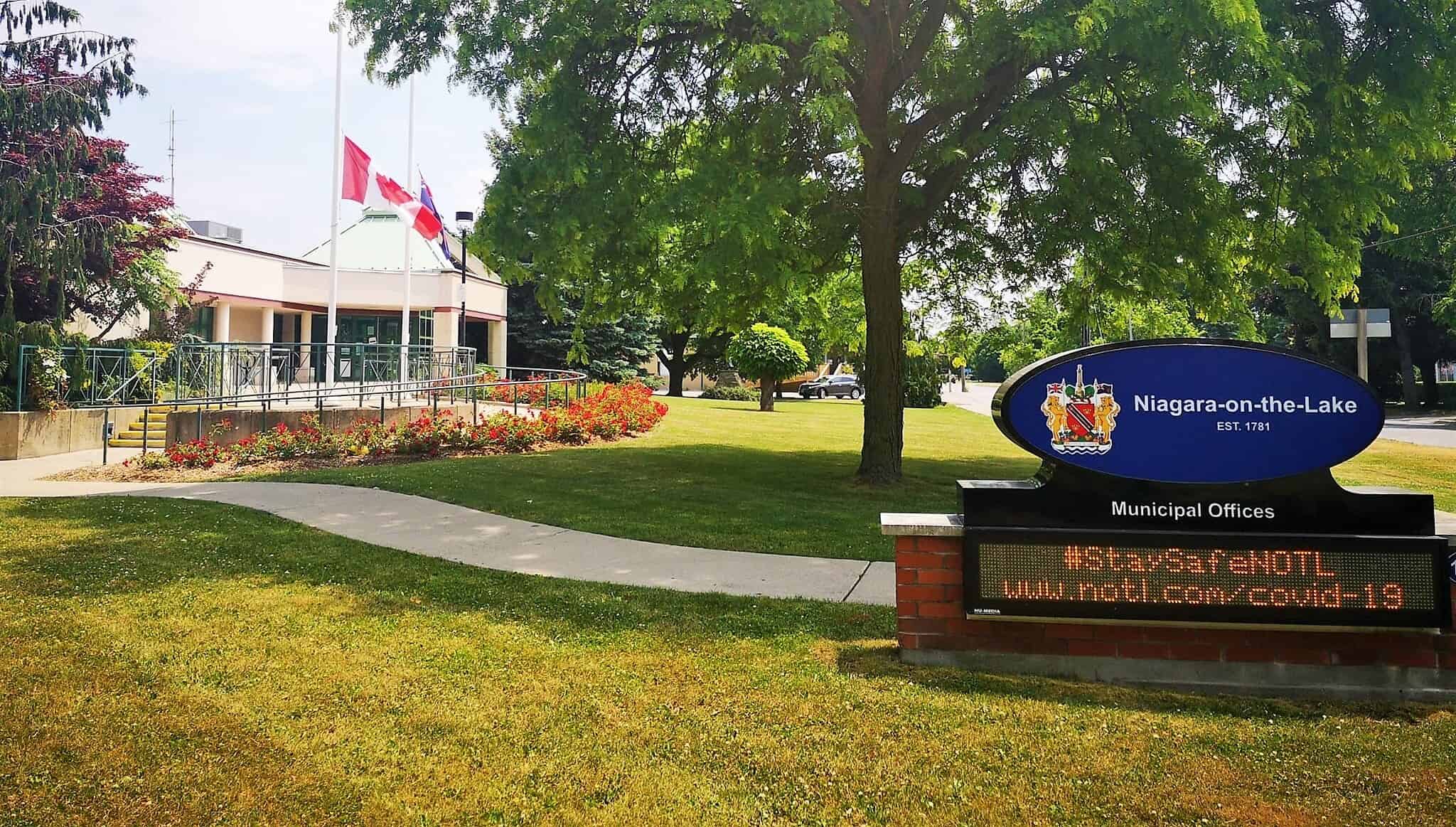 A construction crew is scrambling to correct a breakwall breakdown at Niagara-on-the-Lakes’ Balls Beach Park.

The park, located on the shores of Lake Ontario, will be partially closed after the Town reported an “unfortunate groyne (rock structure) failure at Balls Beach Park” on June 25.

The groyne is a barricade, traditionally made of wood, concrete or stone, constructed in the water perpendicular to the beach, that blocks waves from hitting the shore causing erosion.

As soon as the Town got wind of the fact their stone barricade at the beach was falling apart, they moved quickly to seal off the park and received permits to have a crew from Rankin Construction go into the water for the necessary rebuild. The crew started June 26.

The Town has its fingers crossed that the rebuild will be done and the beach will be deemed safe for the public before Canada Day on Thursday.

“Public safety is of the utmost importance, and Staff has worked diligently to prevent access onto the beach to ensure public safety until an interim solution can be achieved,” she said in a release

“I am pleased to hear that all of the necessary permits were received and that the interim work at Balls Beach Park (has now begun.)”.

Town CAO Marnie Cluckie said the Town’s engineering consultant will oversee the works, and an engineer from their team will ensure that the “rocks are safely removed and repositioned and report back to Staff once the area is deemed safe for public use.”

“Town Staff will also be onsite periodically throughout the project and will be available to answer any questions from the public. Town Staff is working diligently to protect the public, expedite an interim solution to restore safety to the beachfront, and determine the best long-term solution for Balls Beach Park.”

The Town said once the work of repositioning and flattening the failed rocks is complete, their contracted engineering consultant “will inspect the area and confirm, in writing to the Town, that the area is once again safe for public use.”

In the meantime, two public access to the trail and park will remain available while the work is being done. However, the beachfront and working area will be closed until the work is completed.