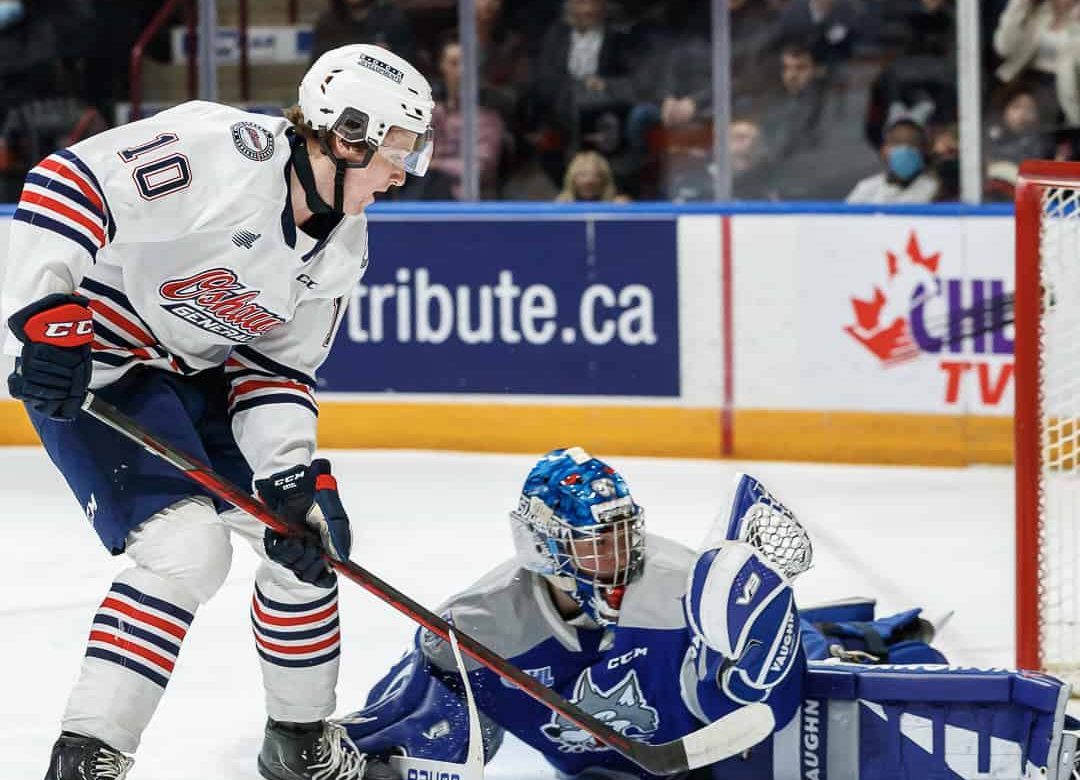 After their tenth loss in 11 games at the beginning of the month the Oshawa Generals finally found their game and fashioned a nifty five-game winning streak to put the team back in a playoff position.

On December 16, after assembling an impressive 4-1 lead on the league-leading Ottawa 67s, the wheels once again fell off for the club as the Generals let Ottawa score the next three goals and then the shootout winner to send the boys back to the bus mourning the point that got away.

Two nights later back on home ice it got worse as the visiting Sudbury Wolves poured in five straight goals – including a pair from Kocha Delic, who would end the night with a four-goal performance – to make it eight consecutive opposition goals allowed by the Generals.

Luca D’Amato stopped the bleeding on the power play with five seconds remaining in the second but Sudbury added two more Delic goals to win in a romp, 7-1.

The Generals get a much-needed re-set during the holiday break with the next game not until December 28 at home vs Kingston.