Average monthly rent in Hamilton jumped to $2,097 in July: report

The average monthly rent in Hamilton jumped 26 per cent to $2,097 in July compared to the same month last year, when it was $1,664, according to Rentals.ca.

Year over year, the average monthly rent in July for a one-bedroom in Hamilton was up 15.9 per cent and up 14.9 per cent for a two-bedroom.

Workers returning to the office are boosting rents in the most expensive central markets in Canada, according to the report.

This may be due to rising interest rates hitting potential homebuyers with a double whammy of higher mortgage rates and the worry of future price declines devaluing their investment. Higher interest rates also keep would-be home sellers from listing their properties, which ultimately leads to higher demand in the rental market.

Immigration remains elevated, and the unemployment rate nationwide remains near historic lows, so despite some recession fears, rental market demand remains strong, according to the report. 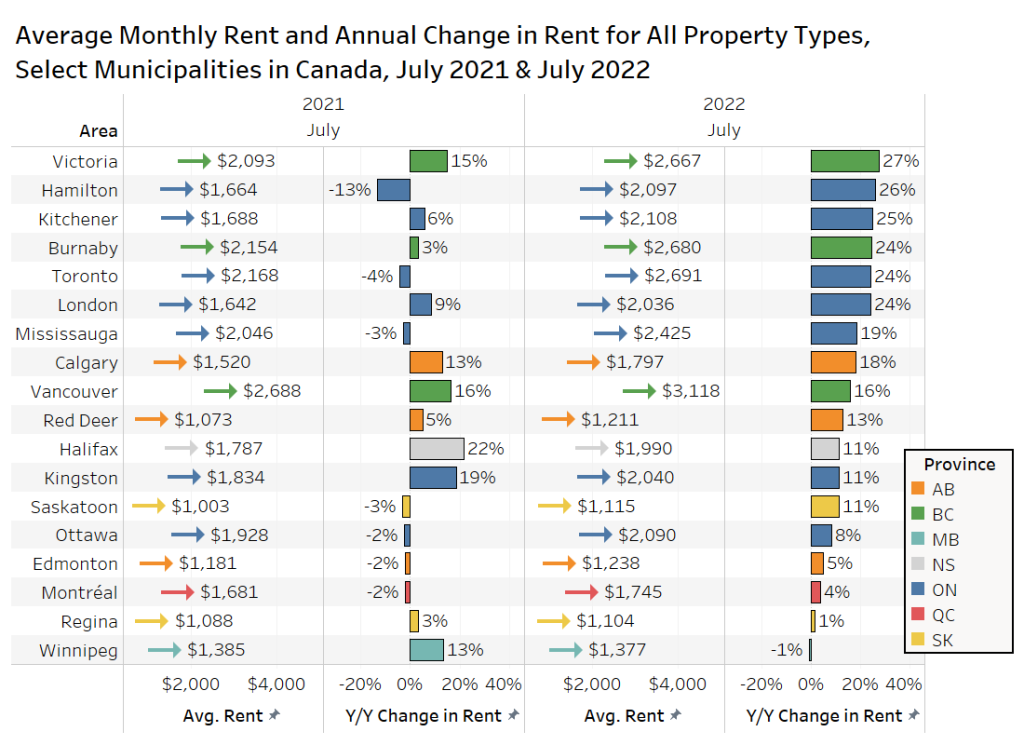 The average rent for all Canadian property types listed on Rentals.ca was $1,934 in July, an increase of  10.4 per cent year over year.

The July average rent in Canada is now only $20 below the pre-pandemic peak of $1,954 in September 2019. Month over month, average rents rose 2.6 per cent over June.

Ontario had the second highest average rent in July at $2,332 per month, an increase of 15.2 per cent annually. 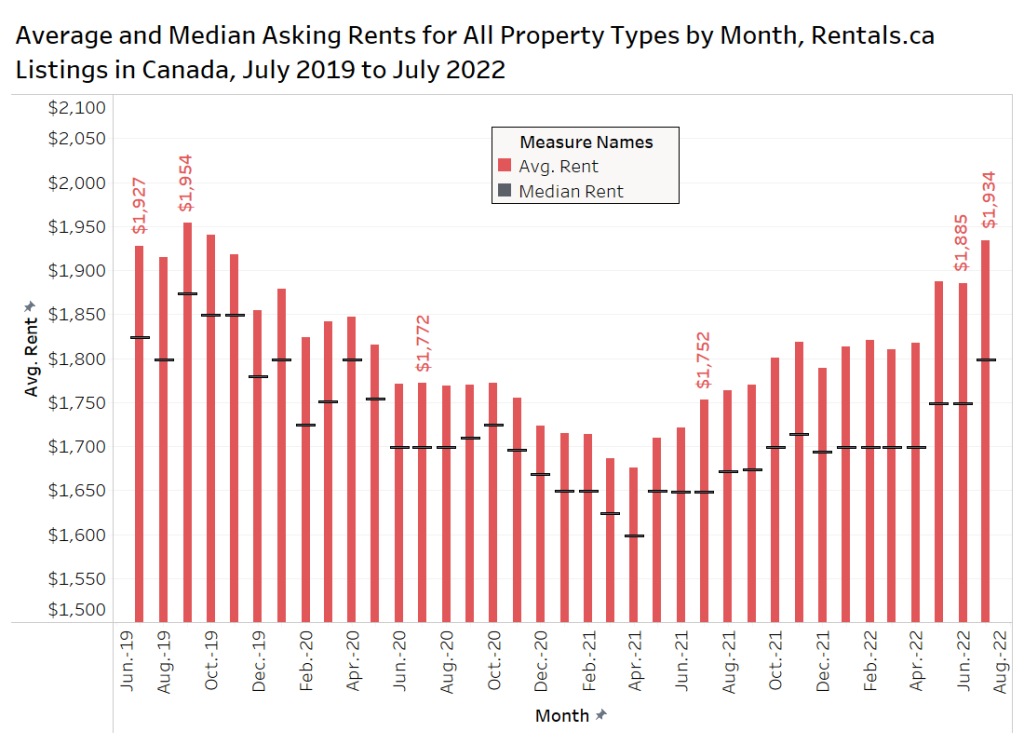