The average sale price of a home in the Hamilton-Burlington market went up 4.2 per cent to $1,104,163 month-over-month in February.

“The number of sales and new listings rose substantially month-over-month and kept pace with the feverish demand of February 2021. However, while the number of new listings surpassed each February over the last ten years, the demand continued to impact inventory and fuel the residential average sale price to a new record high,” says RAHB President Lou Piriano. “In acknowledging that the average sale price can be concerning to buyers, at the time of this release, there were more than 100 residential-detached properties of the 500 available that were listed under $700,000.” 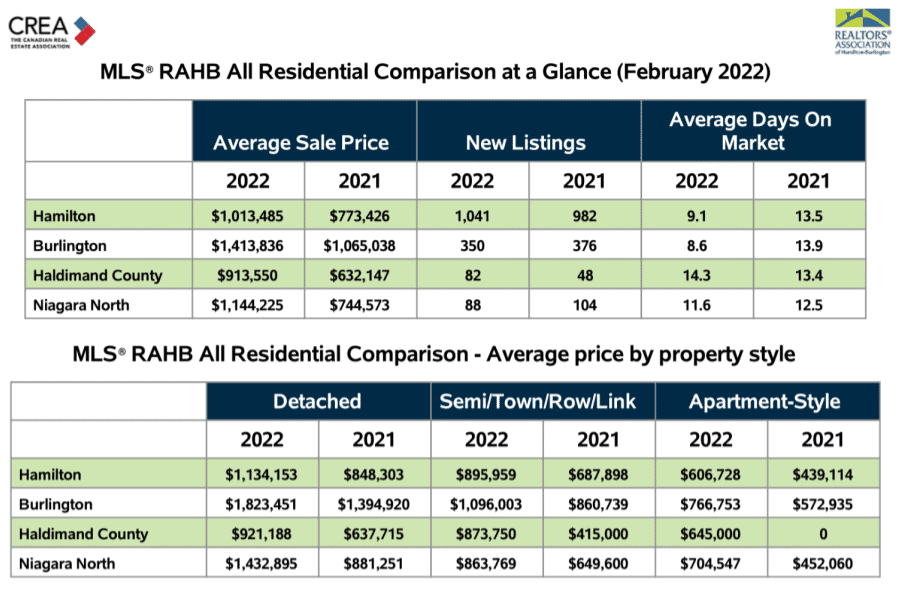 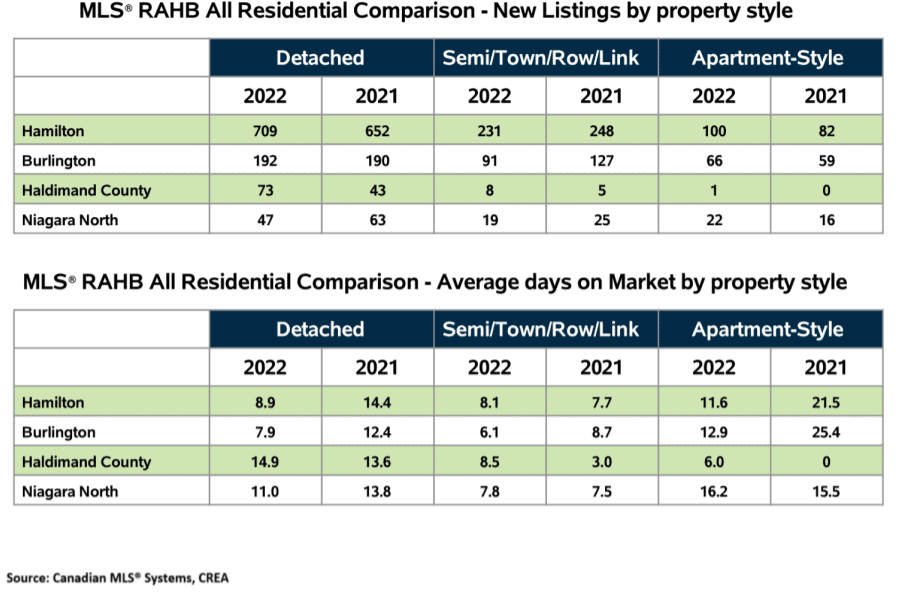 The average sale price for detached properties across the RAHB market area was a record of $1,250,027 — up 2.3 per cent month over month and an increase of 31.8 per cent compared to the previous year.

According to Priano, the inventory available coupled with the steady demand kept the average sale price high, with Hamilton coming in at $1,134,153 — rising over four per cent compared to the previous month. Burlington reached $1,823,451 — an increase of more than three per cent month-over-month.

“As a result, single-detached properties have experienced the largest average sale price increase year over year than any other property category,” says Piriano. 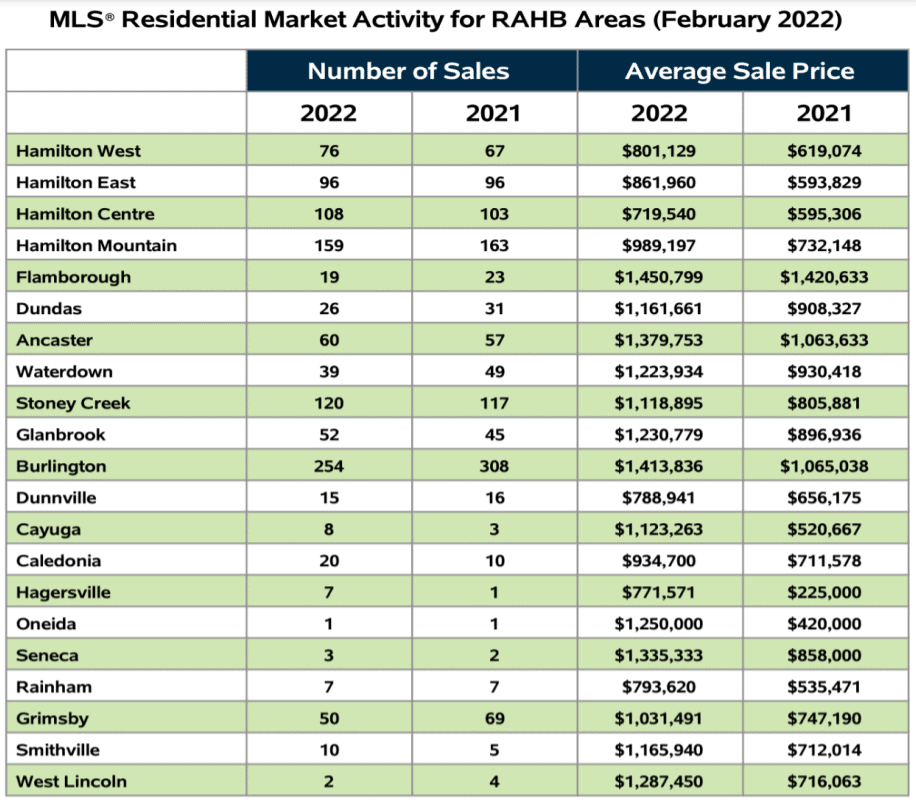 “Townhomes were the only property category that did not keep up with the pace set for new listings and sales in February 2021, but the figures were above average when compared to the last ten years,” said Piriano. “On the flip side, townhomes also saw the greatest average price increase month over month compared to detached or apartment-style properties.”

The average sale price of apartment-style properties was $669,306 in February — a decrease of 2.4 per cent month-over-month and an
increase of 30 per cent compared to February 2021.