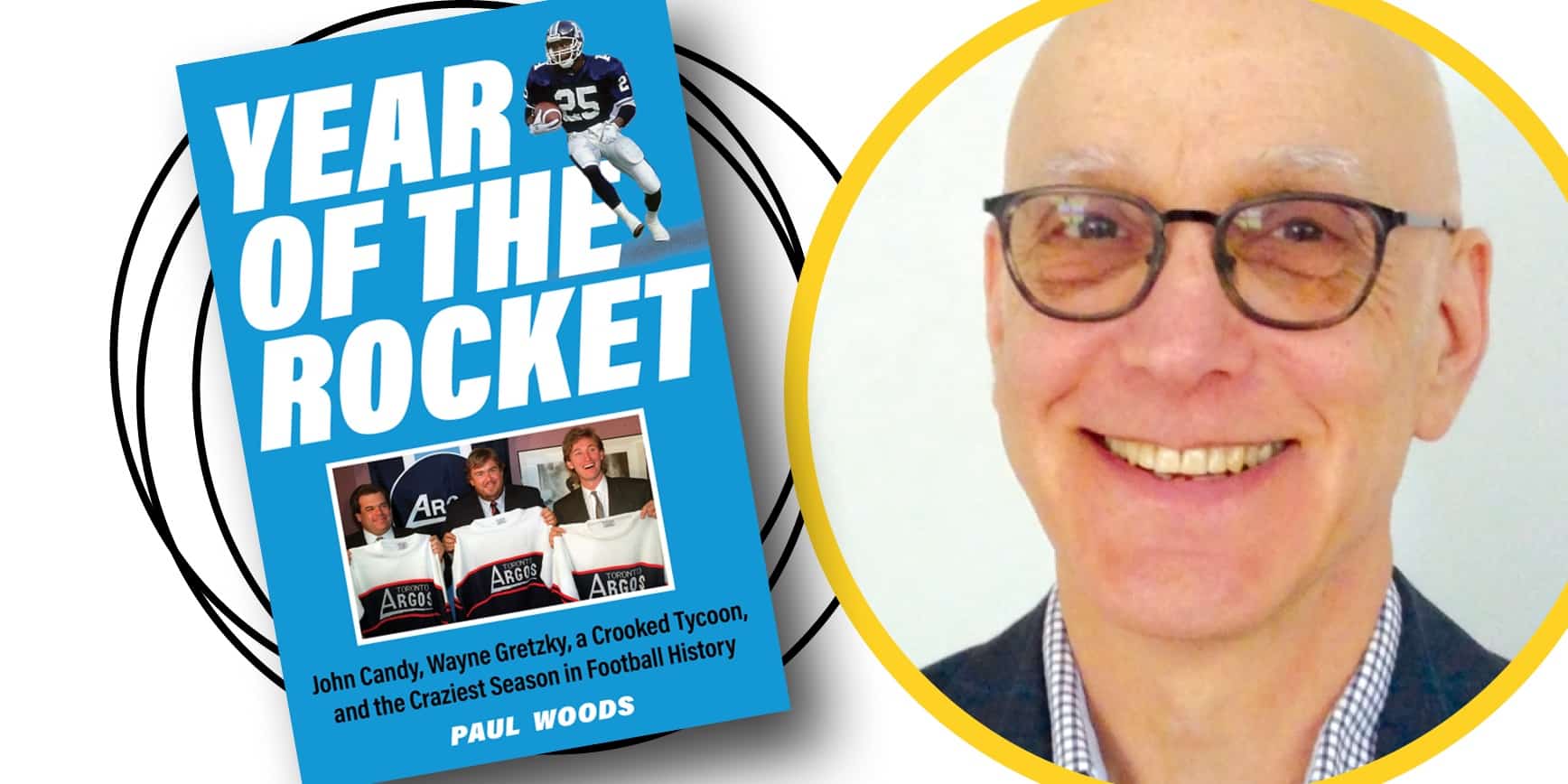 The man who chronicled of one of the craziest seasons in Canadian Football League history is next up at the Burlington Public Library’s Meet the Author series.

Journalist Paul Woods has penned Year of the Rocket: John Candy, Wayne Gretzky, a Crooked Tycoon, and the Craziest Season in Football History.

It captures the remarkable saga of one of the greatest gambles in sports history, and one of the most unforgettable seasons on any gridiron.

Combining the research and writing skills of a meticulous journalist with the perspective and passion of a diehard fan, author Woods joins his editor and mentor Don Gibb to recount the zany, almost unbelievable story of the 1991 Toronto Argonauts.

Woods has worked at a national level in journalism for four decades, in roles ranging from reporter and editor to newsroom manager and senior executive.

After his own 20-year journalism career with the London Free Press, Don Gibb taught news reporting at Toronto Metropolitan (formerly Ryerson) University. He was recognized for his outstanding contribution to journalism by the Canadian Association of Journalists in 2006.

The event is being held at the Central branch, 2331 New St. For more information about the event, or to book a spot, visit the BPL’s website.