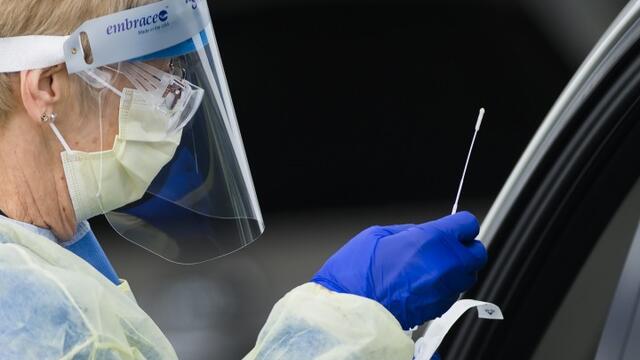 Millions of dollars were lost in underused mobile COVID-19 Test Centres in Ontario, including one operating here in Oakville.

In the auditor general’s report released on Wednesday, it found that in 2021 both Ontario Health and the Ministry of Education contracted vendors separately to run COVID-19 testing centres, but because they didn’t co-ordinate on locations to meet demand it ended of costing the provincial government an additional $18.7 million.

Ontario auditor general Bonnie Lysyk found in her report that, at times, the same vendors were secured within weeks of each other by Ontario Health and the Education Ministry.

“A coordinated effort by the province when deploying these sites could have reduced costs by eliminating test sites with underutilized capacity, and still tested the same number of individuals, or possibly more, for the same cost at fewer sites,” the report discovered.

The auditor general also found that while venders were to be paid a fee per swab for mobile COVID-19 testing, a minimum payment, which often was between $3,000 to $4,000 for a single mobile testing team, was guaranteed per day no matter how many tests were taken.

The report also found that venders were paid in 105 instances that they did not test a single person. That came at a cost of $800,000.

In one case, a provider was paid by Ontario Health between Sept. 2021 and March 2022 to operate a COVID-19 testing centre in Oakville.

The requirements for PCR tests, though, would change in December

The provincial government would announce that only symptomatic high-risk individuals or those who work in high-risk settings will be eligible for PCR tests.

All others were told to just assume they are positive and follow isolation guidelines.

The vendor though did not change their level of service. What resulted was the government having to dole out minimum guaranteed payments of around $12,600 per day for all three groups.