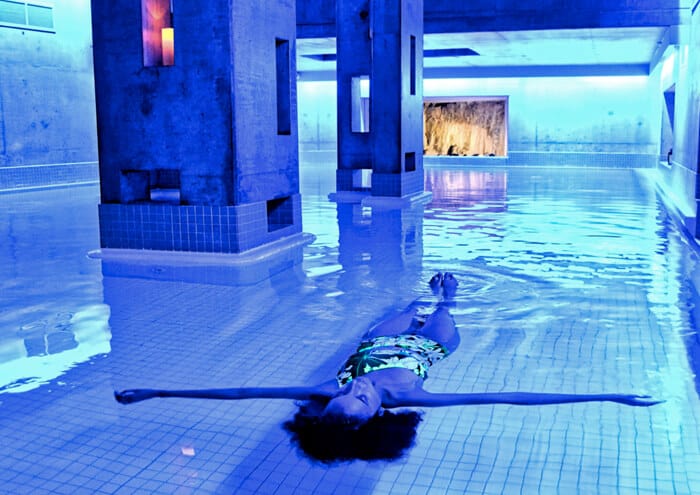 Thermëa spa village owners Groupe Nordik appear to have figured out what went wrong last month when dozens of clients suffered staph infections after using the saltwater pool on site. Now they’re going to have to figure how much it’s going to cost them.

Toronto personal injury lawyer Justin Linden has signed up 45 people so far in a pending lawsuit against the spa and its owners. Legal notices were sent to Groupe Nordik CEO Martin Paquette on October 21 and 26 advising him of the action to “recover damages” from exposure to contaminants at the spa.

The delay in getting a judge to sign off on the lawsuit was due to more clients calling his office asking to join, Linden noted.

Groupe Nordik closed the saltwater ‘Kalla’ pool October 14 (along with the other seven Thermëa pools) on orders from Durham Region’s Health department after a rash of staph infections incurred by patrons and promptly ordered a comprehensive audit, which was overseen by their pool builder and designer, as well as Dr. Roy Vore, a microbial physiologist specializing in recreational water illnesses and the chairman of the Sanitation and Regulation Committee for the Floatation Tank Association.

The audit revealed three areas where the disinfectant system in place for the pool broke down:

The Källa pool and “all related systems” are being completely drained, sanitized, and re-assembled to allow for the use of liquid chlorine, which does not need to dissolve, Paquette said in a statement.

Linden, who said his clients have experienced ear infections and hearing loss, skin outbreaks and other symptoms and have gone through “multiple courses of antibiotics,” believes the results of the audit will bode well for the lawsuit.

“The Audit conducted by Thermëa reveals failures at all levels including systems, testing and monitoring,” he said. “Thermëa’s number one job was to provide a safe environment and we believe that a court will hold that it completely failed its clients.”