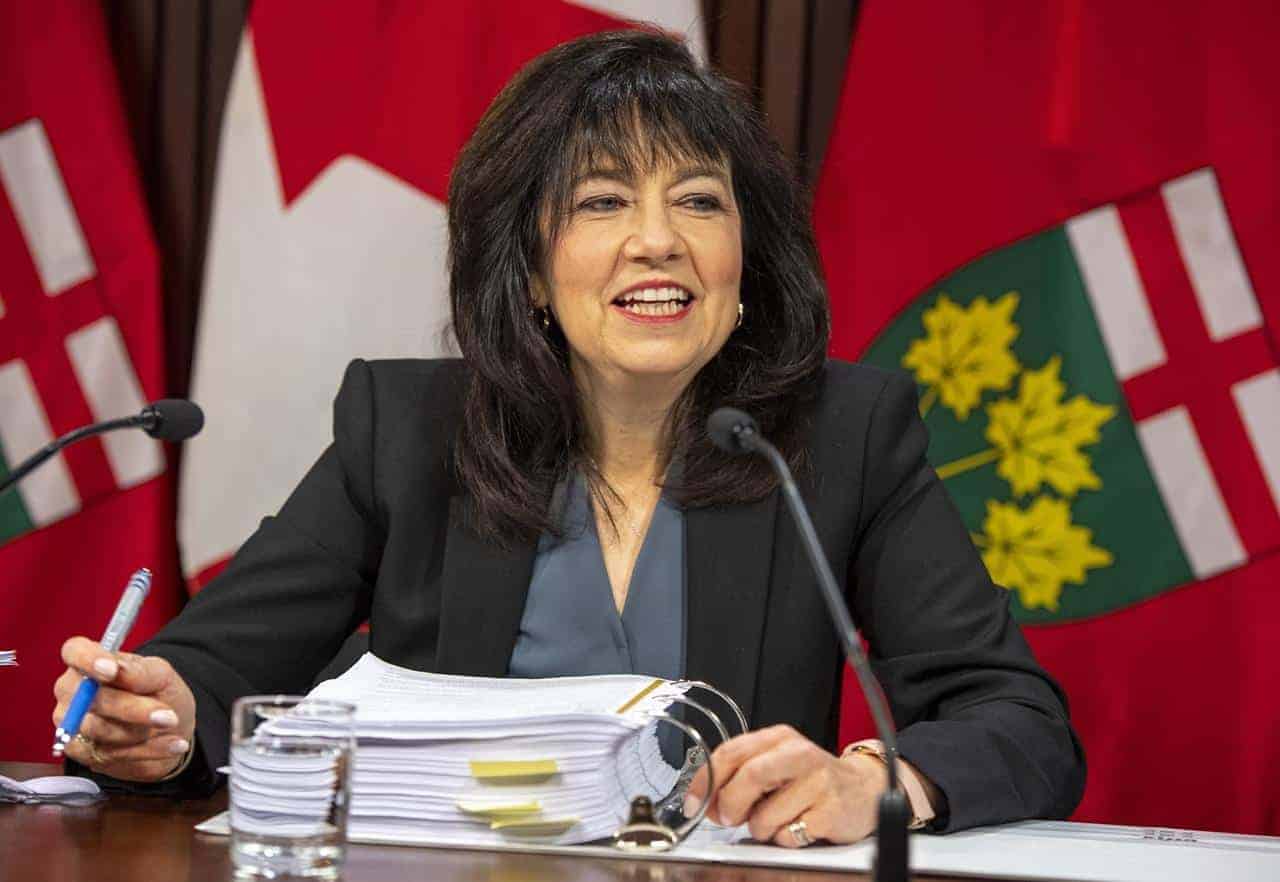 The Ontario government failed to properly track billions of dollars in COVID−19 relief funds, including for high−profile programs like pay increases for front−line workers, an audit of pandemic−related health spending has found.

The report, tabled by Auditor General Bonnie Lysyk on Wednesday, looked at 26 spending programs authorized between March and June 2020.

Among other things, the audit found departments of health, long−term care, and seniors and accessibility were unable to tell auditors when front−line workers received pandemic pay increases announced in late April 2020.

Funds from that program, which was announced with the promise it would start distributing money to workers “immediately,” did not start flowing until mid−June, the audit found.

“We also noted that these ministries did not track and were not able to advise us when eligible front−line workers actually began to receive pandemic pay,” the report said.

The audit found the program had weak processes to verify funds went to eligible people.

It’s one example of a pattern detected throughout the audit. Most of the COVID−related initiatives followed proper procedure for application and approval, but Lysyk’s office found less consistency in vetting, documenting and reporting back about the programs’ progress.

“Given the financial challenges that Ontario will face as a result of the pandemic, it is important to ensure that as provincial funding continues to flow to address COVID−19, these financial resources are used as intended, as efficiently and effectively as possible.” the report said.

Overall, auditors found 17 of the assessed initiatives lacked processes related to verifying proper use or timely distribution of funds.

The report said at the time of the audit, the ministry had not developed criteria for how much individual hospitals should be reimbursed for providing COVID−19 patient beds and tests. Absence of an evaluation process “increases the risk of inappropriate payments,” the report said.

It also highlighted that the ministries of health and long−term care have not tracked COVID−19 spending by individual initiative. It said those departments reported spending and committed funds as one total.

“Failure to distinguish between these two amounts can adversely affect decision−making, as a combined total does not give an accurate picture of the actual progress of the initiative,” the report said.

Those ministries also did not consistently meet deadlines for reporting actual spending, the report found.

An August 2020 deadline for reporting on infection control in long−term care was missed without an extension granted, the report noted.

Also highlighted were two instances where the ministries of health and long−term care vastly overestimated the uptake on proposed pandemic programs.

The Heath Ministry had anticipated 2,400 doctors would use virtual health−care tools from the Ontario Telemedicine Network, but only 246 physicians were enrolled by the end of June, including those who enrolled before the pandemic.

It was also anticipated that 1,560 beds costing $129.7 million could be added to existing Ontario long−term care homes, but by the end of June only $1.2 million was spent on 97 beds.

Spending for the 26 initiatives that were audited totalled $4.4 billion by December 31, 2020, representing 64 per cent of authorized spending, the report said.

NDP Leader Andrea Horwath commented on the findings Wednesday saying it was troubling to learn the government didn’t prioritize getting funds to front−line workers.

“The government didn’t show them the respect necessary by getting them the money in a timely fashion,” she said.