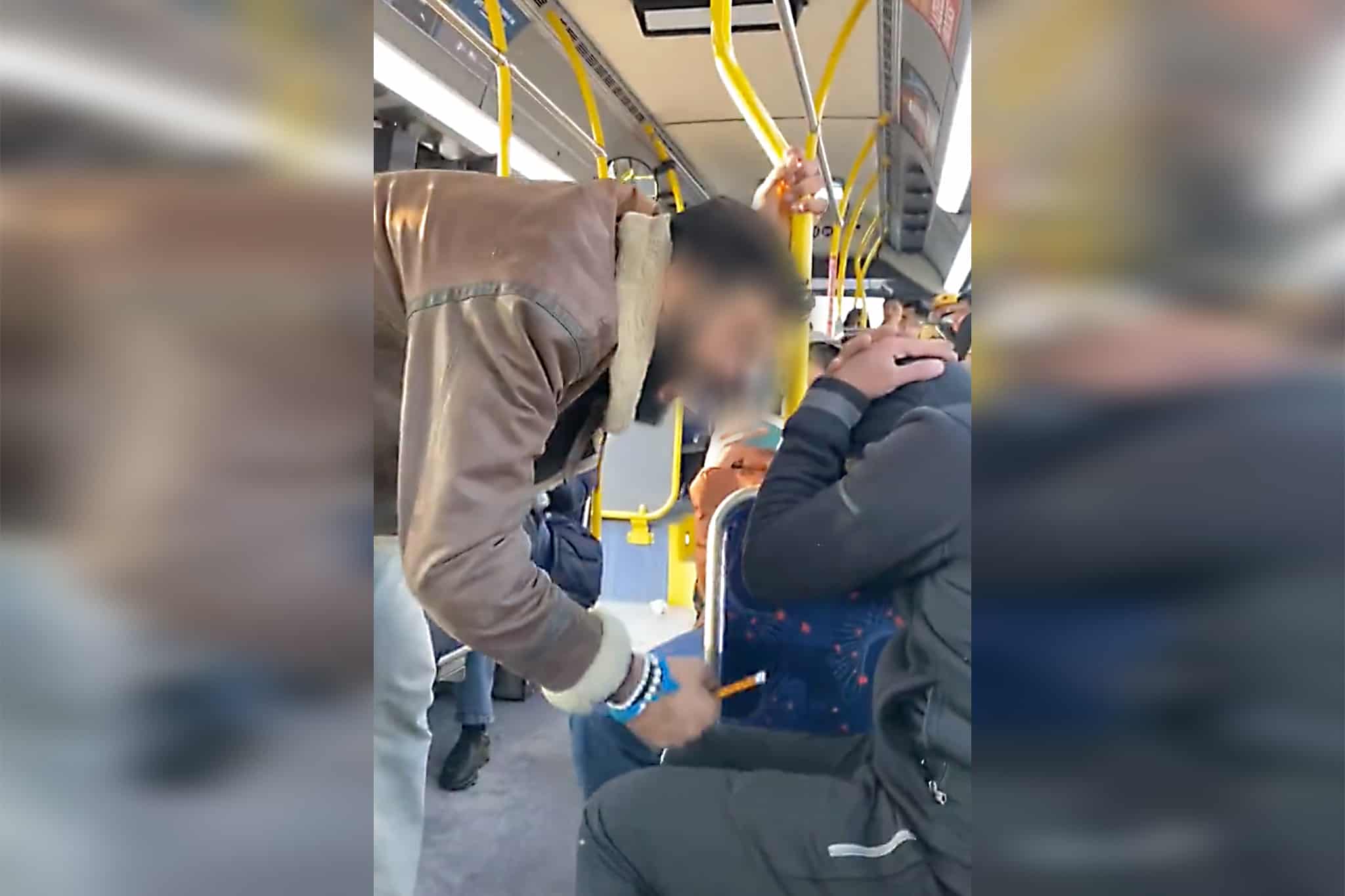 A man was attacked on a Mississauga Transit bus in broad daylight as passengers reacted in horror.

A video posted on Twitter shows a man approaching another person on a MiWay bus. Passengers can be heard yelling “no.”

The man shouts something at the person as he cowers in his seat, covering his face. The aggressor then turns and looks around, then appears to hit the man in the head.

Passengers yell and start to stream off the bus. A few people stayed on the bus and tried to help the victim.

The incident happened on a 103 route MiWay bus at Matheson Drive on Wednesday, Nov. 23 around 3:45 p.m., according to the person who posted a video on Twitter.

Peel Regional Police confirmed they had a call from a bystander on the bus on Nov. 23.

The bystander reported one man had assaulted another male passenger, police tell insauga.com. But the culprit exited the bus prior to police arrival. The victim remained on the bus and declined ambulance.

He did not want to speak with officers or file a report, police say.

The City of Mississauga did not immediately provide a comment on the incident.

WARNING: Some viewers may find the video below disturbing.

A random violent attack on the Bus in Mississauga, Ontario! pic.twitter.com/Km0Rj4LaZY