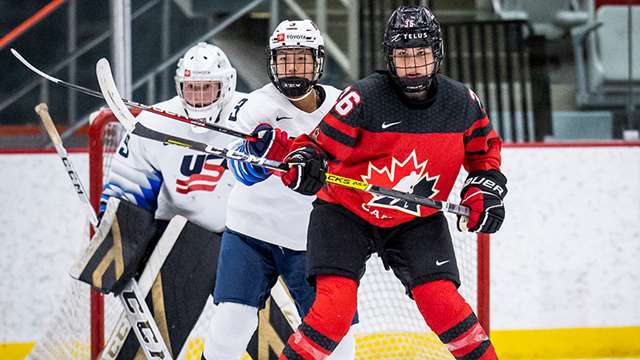 Two Durham athletes and a pair of local coaches made the cut for Canada’s U18 women’s hockey team, who will head to Sweden next month for the IIHF Women’s World Championship.

The tournament will take place in Ostersund, Sweden from January 8-15.

Forward Alex Law of Whitby, 17, and Oshawa goalkeeper Hannah Clark, 16 are Durham ‘s representatives on the squad, and will be joined by Piper Grober of Toronto, Law’s teammate on the Durham West Lightning – the defending ESSO Cup national champions in the U18 division.

Former senior national team player Tara Watchorn of Newcastle is an associate coach on the team and Oshawa’s Stef Thomson will serve as goalie coach.

Canada defeated USA in the 2022 gold medal game, which was played in Dane County, Wisconsin.